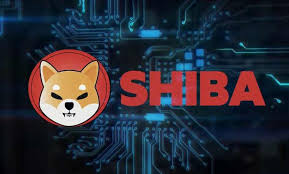 The Shiba Inu Team has been developing a decentralized experimental protocol for the future of the Shiba Inu Stable Coin (SHI). The goal is to make SHI more decentralized, and thus avoid the problems that have plagued other stablecoins.

The project also intends to include a new reward token, TREAT, to recognize its community’s efforts. This reward token will be applied to the entire project ecosystem, as well as the future metaverse of the project.

As a result of its strong community support, SHIB is the second-most popular dog-themed cryptocurrency behind dogecoin. The developer of the meme crypto, Shytoshi Kusama, teased plans to boost the ecosystem of the Shiba Inu.

This includes launching a decentralized stablecoin, SHI, along with TREAT reward token, and a new collectible card game. These projects are expected to be launched later in 2022.

The Shiba Inu cryptocurrency is undergoing development at an accelerated pace, as its developer, Shytoshi Kusama, has begun using the ShibBurn strategy to push the price of the cryptocurrency higher.

The SHI stable coin will be pegged to US$0.01, and will be an important part of the Shibarium Financial Ecosystem.

In addition to its value, the SHI stable coin also allows users to store and transfer it in other currencies.

The SHIB team is also introducing Shibarium, a decentralized Layer2 blockchain for transactions and payments. Shibarium is intended to be scalable and efficient, and it has the potential to make the Shiba Inu ecosystem more decentralized and secure, further boosting the value of the project.

The Shiba Inu project is also releasing a reward token called TREAT. TREAT is used to balance SHI, which will be used to reward users.

Shytoshi Kusama, the Project Lead for the Shiba Inu, published a Medium article reassuring community members that Ryoshi’s vision can be implemented. The Shiba Inu stable coin has four main components: the ShibaSwap (DeFi platform for three cryptocurrencies), the Shibarium (layer 2) Blockchain, and the Financial Ecosystem.

Though the price of SHIB has decreased since Ryoshi has disappeared, Kusama remains confident that the meme coin will eventually rise to new heights. Shiba Inu is currently the world’s 14th largest cryptocurrency, with a market cap of more than $5.7 billion.

The current price of SHIB is $0.000012 and it is rated as a 90.8% buy on Coinbase. The buy rating represents SHIB investor sentiment-not an official Coinbase recommendation.

As with any cryptocurrency project, do your own research before putting any money at risk and never invest more than you can afford to lose. This article is presented for educational purposes only and does not constitute investment advice. The author holds SHIB along with other cryptocurrencies.

Why Are NFT Prices Falling?

An Introduction to Art Tokenization with Blockchain