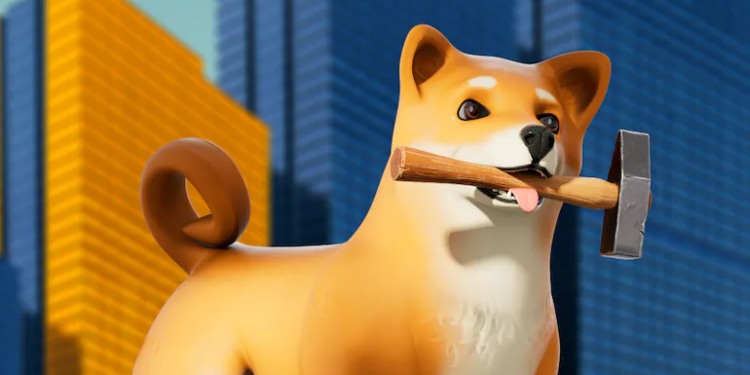 Shiba Inu generated returns in excess of 153,000,000 percent at its peak earlier this year. Some supporters, including one CEO, believe the meme token will eventually reach $0.01. Now Shiba Inu is entering the metaverse with 100,000 parcels of Shiba Inu Land.

The Shiba Inu team have revealed details of their virtual reality project “SHIB: The Metaverse,” announcing 100,595 land parcels, some of which will remain private. As with real estate in the real world, price in the Shib Metaverse will depend on location.

Land will be distributed in stages. The first stage will grant access to 36,431 plots divided into four categories: Silver Fur, Gold Tail, Platinum Paw, and Diamond Teeth, with prices ranging from 0.2 ETH to 1 ETH.

To ensure that Shiba Inu native coins face no downside risk, the team has decided to use a neutral cryptocurrency (ETH) as a land pricing token.

“Using our ecosystem tokens is risky because we would have to dump our own tokens price in order to cash them! And that is not in our plans.” SHIB developers stated on Wednesday.

Land purchasers will be able to generate passive income, gather in-game resources, and generate rewards, all of which will be revealed soon, according to the team.

Developers stated that the rest of the SHIB ecosystem coins, such as LEASH and BONE, will play a role as more phases are rolled out, and that LEASH holders will be able to purchase lands in later stages.

Shibarium, a Layer 2 companion system for SHIB, will be used to create the metaverse.

Meanwhile, the crypto whale games continue. According to recent WhaleStats data, a whale named “Bombur” purchased a whopping 175.2 billion SHIB worth nearly $4.4 million. Previously, WhaleStats reported SHIB purchasing transactions from another top ETH whale known as “Gimli.” On March 30, “Gimli” paid a total of $11,313,795 for a total of 421,370,420,624 SHIB in two large transfers.

At the time of this post, the SHIB token was ascending at around 0.000026. Earlier this year, developers hinted at a digital real estate push. We have now arrived at the gates of the Shiba Inu metaverse. Could this be the event that eventually pushes SHIB to the vaunted 1 cent level? Stay tuned.

Did Celsius Network Throw The Entire Crypto Market off a Cliff?

Bitcoin has had a very nasty dip, and Celsius Network seems to be at fault. But is it? A string...