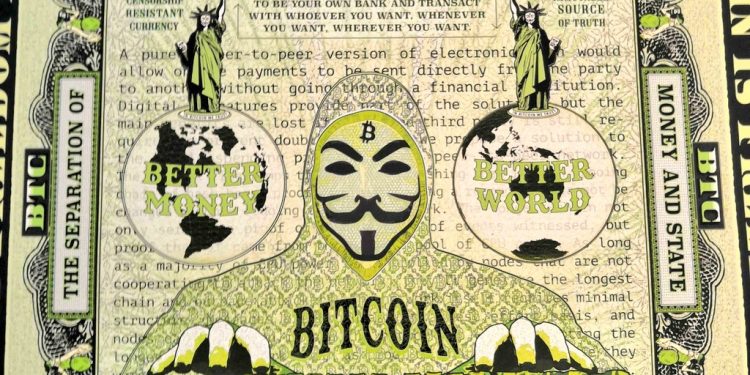 by Jay Speakman
in Bitcoin News
Reading Time: 5 mins read
0
Share on FacebookShare on TwitterShare on LinkedinShare via WhatsappShare via Email

Just released data shows the 19 millionth Bitcoin has just been mined, leaving less than two million BTC for miners to put into circulation as the Bitcoin network moves through a fixed issuance schedule until it reaches the 21 million supply limit and stops creating new Bitcoin.

Prior to Bitcoin, digital cash had the flaw of double spending. Before the advent of bitcoin and blockchain, the only way to ensure that a party did not spend money twice was through a central authority that had to keep track of coins being sent and received, updating users’ balances – much like the traditional financial system.

However, Nakamoto’s invention of Bitcoin, using the Proof-of-Work (PoW) mechanism in a distributed ledger known as a blockchain, enabled computers running a piece of software to enforce strict spending conditions that prevented a digital representation of value from being spent twice for the first time – or made it prohibitively expensive to do so.

While miners and nodes collaborate to issue and validate Bitcoin transactions, investors seeking to acquire increasingly scarce BTC must bid their way through the asset’s limited supply. Previously, miners would sell their freshly minted Bitcoin on the market to cover operating expenses in US dollars; however, it is now common to see mining companies add their produced coins to their balance sheet and issue Bitcoin-backed loans as needed.

Bitcoin has thus become more scarce as a larger proportion of the total Bitcoin supply has been locked up for the long term.

A miner currently earns 6.25 BTC for each block mined. Since Nakamoto mined the first one, which yielded a 50 BTC reward, the block reward has been cut in half every 210,000 blocks – roughly every four years. Each epoch, fewer new bitcoins are distributed, increasing the asset’s scarcity even further. As a result, even though mining 19 million bitcoins took roughly a dozen years, the remaining 2 million will not be minted until 2140 if the protocol remains unchanged.

21 million and no more

Surprisingly, the Bitcoin protocol’s supply cap of 21 million is not stated in its white paper or code. Rather, it is the ever-decreasing number of Bitcoin rewarded by each block, combined with the decentralized network of computers enforcing that reward, that allows the network to implicitly prevent the issuance of Bitcoin in excess of the limit.

Bitcoin implementations control new issuance by ensuring that each new block does not create more than the allowed block subsidy.

The distributed network of Bitcoin nodes can indirectly enforce the supply limit as the block reward approaches zero over the next century by ensuring that bitcoin cannot be spent twice and that the block reward does not yield more than it should at any given time.

A hedge against inflation

In addition to bringing scarcity to the digital realm, Bitcoin enables a predictable monetary policy that can be planned ahead of time, which differs from the current monetary system in which governments and policymakers can increase the issuance of money, as we’ve seen in recent years. Currency depreciation is impossible with Bitcoin, and its users’ purchasing power is safeguarded.

Along with being a hedge against inflation, Bitcoin’s predictable policy allows users to plan for the future because they can be confident that no one will debase their money.

The price of Bitcoin in US dollars can be viewed as a lagging indicator of  the general public’s understanding of the technology and its innovative value proposition.

Given the likelihood of further escalation of inflationary pressures in the near term, it is not unreasonable to expect the Bitcoin price to reach $100,000, which would represent only 17 percent of gold’s market value. In short, BTCs long-term upward indicators look solid.

To date, only a small percentage of the global population truly understands the unique concepts of programmatically decentralized and scarce digital money.  And while the Bitcoin price may trend to infinity in the long term, that won’t likely become a reality until the majority of people – or the majority of the world’s capital – begins to understand that. This widespread epiphany seems to be spreading.

According to data from the digital asset management firm CoinShares, Bitcoin adoption has been increasing at a 113 percent annual rate. (In the meantime, people are adopting the internet at a slower rate of 63 percent.) If people embrace Bitcoin at the same rate as they did the internet in its early days (or faster), the report claims that there will be 1 billion users by 2024 and 4 billion users by 2030.

At that point, a sharp supply shock would ensue as an unlimited amount of money flows into a limited amount of BTC. As the supply of BTC continues to dwindle, a $100,000 coin price seems conservative.

What are your thoughts on the 19 million Bitcoin mined  and the fact that only two million bitcoin remain to be extracted? Let us know in the comments below.

This article is presented for educational and entertainment purposes only and is not an inducement or recommendation to invest in bitcoin. As always do your own research and never invest more than you can afford to lose.