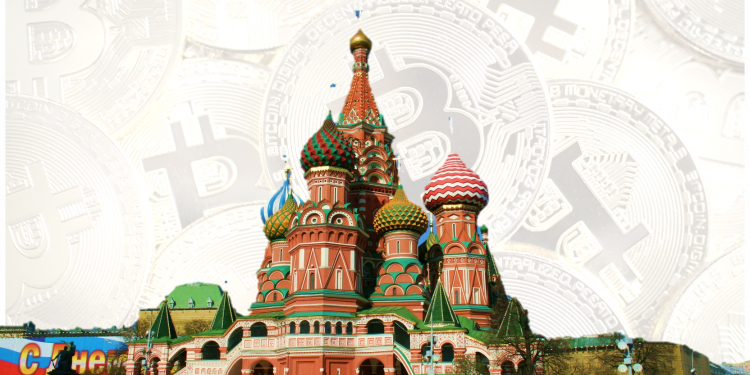 by Tom Nyarunda
in Markets
Reading Time: 2 mins read
0
Share on FacebookShare on TwitterShare on LinkedinShare via WhatsappShare via Email

Traditional currencies like gold and fiat currencies could be losing their appeal to cryptocurrencies among potential Russian investors. An overwhelming majority of young Russians, including crypto-skeptics, are considering buying into cryptocurrency.

A recent opinion poll by the Association of Forex Dealers (AFD) found that 14% of the respondents aged between 18 and 56 believed Bitcoin would displace fiat cash in the next ten years. The poll that was conducted between August 4 and 24 involved over 500 adults. At least 90% of those polled were males aged between 25 and 44 years.

According to the poll results, an overwhelming 76.9% said they preferred cryptocurrencies over conventional assets like gold and fiat currency. Interestingly, some 24.7% of those crypto lovers said they were disappointed they wouldn’t trade in cryptocurrencies within a month. However, the group said they were keen to ensure they carried out at least a trade in the next three months.

Disappointed by the law on digital financial assets

Over 51% of the participants said they were not into crypto for get-rich-quick plans but considered it a long-term investment. Only a paltry 8% of the investors said they were in it for quick gains. While 22.2% of the respondents got cryptocurrencies to pay for goods and services, the majority were disappointed by the law on digital financial assets that made their plans impossible to implement.

Most of the polled investors wanted regulations to make the crypto sphere safer, but 40.4% think government intervention would choke crypto space. A paltry 16% of the respondents said they didn’t believe cryptocurrencies needed any form of regulation, but 9% of the participants couldn’t see how the government could rein on cryptocurrencies.

Cryptocurrencies were illegal in Russia until the government gave them legal status in 2020. However, the government doesn’t allow people to use digital currencies to make purchases, mainly because some people use it for illegal activities. The government has plans to create a digital Ruble and plans to have a prototype ready by the end of the year. Russia’s central bank governor, Elvira Nabiullina, said:

“We will go step by step because it’s [a] very difficult, technological, legal … project.”

If you liked this article you might also enjoy: Most Europeans Don’t Want EU Involved In Crypto Regulations

Wake Me Up When September Ends: Crypto Zombie Sells For $3.9M

What’s A Crypto Wallet – Why Should You Have One