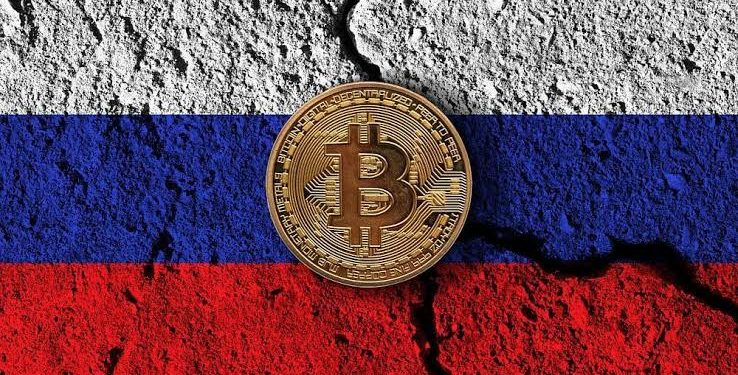 by Ken Emmanuel
in Politics
Reading Time: 3 mins read
0
Share on FacebookShare on TwitterShare on LinkedinShare via WhatsappShare via Email

Russia and Iran are collaborating to introduce a cryptocurrency backed by gold, called a “stablecoin,” intending to replace the US dollar as a medium of exchange for payments in international trade.

The Russian press reported that Tehran and Moscow are debating the potential introduction of a stablecoin for use in international transactions. However, a politician pointed out, government bodies would first need to control crypto assets before issuing gold-backed money.

The Russian news agency Vedomosti has described a stablecoin as a “token of the Persian Gulf region” that would serve as a payment method in foreign trade. Russia and Iran plan to use this stablecoin for cross-border transactions instead of using fiat currencies such as the USD, the Iranian Rial, or the Russian Ruble.

Reports suggest that the stablecoin will be used in a special economic zone in Astrakhan, where Russia has begun accepting Iranian cargo shipments. Russian lawmaker Anton Tkachev, a member of the Committee on Information Policy, has noted that a joint stablecoin project would only be possible once the digital assets market is fully regulated in the country.

Despite multiple delays in regulating the crypto market by Russian lawmakers, the Russian lower house of parliament has promised to begin regulating crypto transactions in 2023.

Chairman of the State Duma Committee on the Financial Market, Anatoly Aksakov said:

“I can promise everyone that there will undoubtedly be legislation and that cryptocurrency will be a legal substance next year. It cannot be utilized in the Russian Federation as a method of payment for internal settlements, I can only state categorically”.

PAX Gold, which claims to be the largest digital coin backed by physical gold, is currently ranked 74th in terms of market capitalization at over $511,000,000. It is built on the Ethereum blockchain as an ERC20 token.

Anton Tkachev, a member of the Russian State Duma’s Committee on Information Policy, Information Technology, and Communications, has confirmed that the matter of negotiations is being discussed at the state level, but only after regulations on cryptocurrencies have been established.

Russia and Iran, who are both subject to financial and economic sanctions imposed by the West, have been looking at using cryptocurrencies to get over restrictions. Iran made its first official bitcoin-based import purchase in August, while Russia is considering allowing cross-border cryptocurrency payments. Additionally, both nations are creating their own central banks’ digital currencies, the crypto-rial for Iran and the digital ruble for Russia.

The acceptance of stablecoins

Cryptocurrencies known as stablecoins are backed by otherwise stable financial assets like precious metals (like gold) or, more frequently, fiat currencies (ex. dollars). Addressing the volatility linked to common digital assets like Bitcoin or Ethereum helps to maximize the portability and accessibility of cryptocurrencies.

Ivan Chebeskov, the director of Russia’s Financial Policy Department, expressed support for allowing firms and investors to use such a tool in July. However, because of the dependability of its peg, Russia’s central bank recommended a government-backed digital ruble as a superior alternative to private market stablecoins.

The Bank of Russia has traditionally held a position against the utilization of digital assets as a form of payment. However, they have recently decided to make an exception in the case of foreign trade, where they will allow the use of cryptocurrency as a means to counteract the effects of international sanctions. This shift in policy indicates a recognition of the growing importance and potential benefits of digital assets in the global economy.

Fasttoken holds the public sale of its cryptocurrency, FTN

New Report Reveals Gaming Is The Strongest Use Case for Crypto