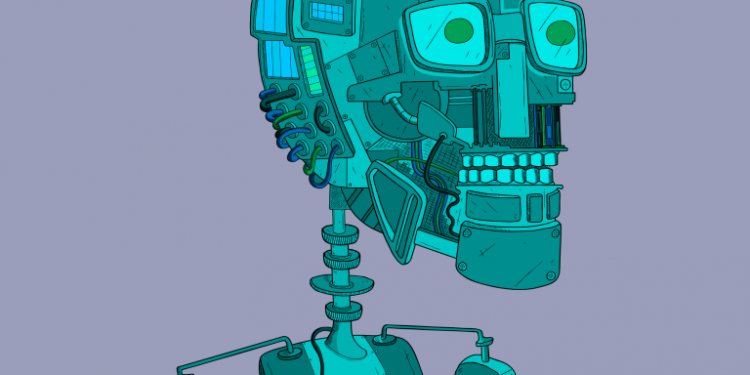 Rogue Society NFTs: Bots on a Mission for World Domination

The Rogue Society is a crazy-colorful NFT collection of Bots with a sense of humor and a genuine edge that is rising up the NFT ranks. According to their website the Bots are gathering to plot world domination, “responsibly”.

What is the Rogue Society all about?

While all 15,777 Bots are different they all share the common values of authenticity, friendship, courage and adventure.

When it was first released this past September, the entire collection sold out in less than five minutes. It appears that the project’s detailed artwork, strong community support, and well-defined roadmap have made it a favorite among many NFT fans.

It is estimated that the Rogue Society Bots have generated close over $10 million in sales since the launch, according to DappRadar.

For a collection that only launched a few months ago, it’s an encouraging start given the sheer numbers of NFTs now launching daily.

The Rogue Society NFT collection consists of 15,777 Bots, which differs from the standard 10,000. “Escape enslavement from a failed Utopian Society,” according to the collection’s website, is the motivation behind these Bots.

Why the higher number? According to the project founder, Leche, “We aren’t just another dime a dozen 10k collectible NFT. Community is just as BIG to us as the quality of the art is. Being the most diverse ownership in the NFT space comes with its perks. And we aim to lock up the #1 spot in short order.”

“Rogue Society began as a dream to create a space for people who think and move in unconventional ways,” the organization explains further. As a result, the team has established relationships with artists, developers, and writers in order to bring the Rogue Bots to fruition.

The Rogue Bots made their debut on September 5th, and each NFT cost 0.09 ETH. Each one was created by combining a collection of over 320 hand-drawn attributes into a single image. Background, base, body, Goggles, necklace, and other accessories are some of their characteristics.

The Rogue Society, an exclusive members-only community, is made available through the purchase of this collection.

The collection isn’t some fly by night rug pull, and has a comprehensive roadmap in place for its members to follow. This includes a Rogue Society Merchandise Store, a theme song for Rogue Bots, and a 7-issue comic book series, are a few of the ideas popping with these Bots.

Furthermore, a mobile application for Interactive Augmented Reality is also on deck!

The team is also developing a pilot episode for an animated series that will be driven by the community. Aside from that, the NFT project has been distributing mystery NFTs to all Rogue Bot owners. Could a Mutant Bot drop be coming?

As with other avatar projects, rarity drives price and the Rogues certainly have some Bots that fit that descriptions. Bot #15477 has a trench coat and aviator goggles, body and head in the clouds with a full mask and hot pink sky, which makes it even more desirable.

Currently, the Rogue Society NFT collection has approximately 40,000 Twitter followers and approximately 33,000 members on Discord. These are impressive numbers for a collection that is relatively new to the market, and they indicate a strong sense of community support.

Rogue Society is available on the OpenSea secondary market.

Despite this, the NFT project faces a number of difficult challenges in the coming months. After the initial buzz, the project is up against stiff competition from top collections such as the Bored Ape Yacht Club, CryptoPunks, and ZED RUN.

The extent to which it delivers on its numerous promises, as well as the amount of attention it receives from top-tier NFT investors, will have a significant impact on its future. For the time being, our attention is focused on the collection and hoping for big things delivered in 2022. Rogue Society is available on the OpenSea secondary market.

Disclaimer: The author is the proud owner of several Rogue Society Bots.

How to Start Mining Cryptocurrencies and Choosing the Most Profitable