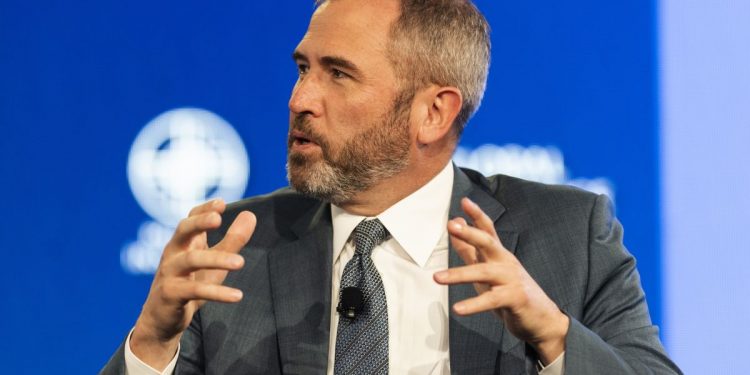 Ripple CEO Optimistic About Regulatory Clarity For Crypto In 2023

by Rickie Sanchez
in Markets
Reading Time: 3 mins read
0
Share on FacebookShare on TwitterShare on LinkedinShare via WhatsappShare via Email

Ripple’s Chief Executive Officer, Brad Garlinghouse, recently stated in a tweet that he is cautiously “optimistic” for the year 2023 because it may be the year that we finally witness clear crypto regulations.

In a thread discussion on Twitter, the CEO of Ripple mentioned that today is the opening day of the 118th Congress and that there is a great deal of work to be done. However, support for regulation may be found across the political spectrum and in both houses of Congress. While doing so, he listed the names of some members of Congress who have voiced their support for blockchain technology and acknowledged the need for greater transparency.

According to Garlinghouse, there is no such thing as a flawless bill, and it is extremely difficult to please everyone. In spite of this, it should not let anything stand in the way of making progress while creating the ideal bill. According to the CEO of Ripple, these recommendations will spark a discourse in Congress.

Garlinghouse added that the United States lags behind Singapore, the EU, Brazil, and Japan in terms of crypto-related legislation and regulations.

While waiting for a final court judgment in its battle with the Securities and Exchange Commission, Ripple CEO Brad Garlinghouse has urged for regulatory clarification in the United States. In 2022, both sides turned in their closing arguments; a ruling is expected to be made sometime in 2023’s first half. It is anticipated that the lawsuit’s resolution will give the cryptocurrency industry certainty.

Notably, attorneys who are closely following the Ripple v. SEC case have noted that the matter is in Judge Torres’ hands and is most likely to end in a ruling rather than a settlement.

A supporter of Ripple named Ben Armstrong, popularly known as BitBoy Crypto, has projected that the litigation will be settled in 2023.

Urgent requests for legislation to regulate the digital asset market are being made in Washington as a result of the abrupt collapse of the cryptocurrency empire FTX. However, the chair of the Securities and Exchange Commission, Gary Gensler, is opposing calls for new laws, claiming that existing SEC regulations and Supreme Court rulings are sufficient and that cryptocurrency issuers and exchanges only need to comply.

Crypto regularity clarity can help to protect consumers and investors from fraud and other illegal activities. By establishing clear rules and guidelines for the cryptocurrency industry, regulators can help to ensure that market participants are operating in a transparent and trustworthy manner. Regulation can help to promote the adoption and mainstream use of cryptocurrencies.

Without clear regulations, it can be difficult for businesses and organizations to know how to properly handle and use cryptocurrencies. This can discourage them from using these assets and limit their potential growth and adoption.

Regulations can help to create stability in the cryptocurrency market. When there are clear rules and guidelines in place, it can help to reduce uncertainty and reduce the risk of sudden shifts or changes in the market. This can make it easier for businesses and individuals to plan for the future and make informed decisions about their use of cryptocurrencies.

Unpacking The Complexities Of Bitcoin Mining – Points To Note