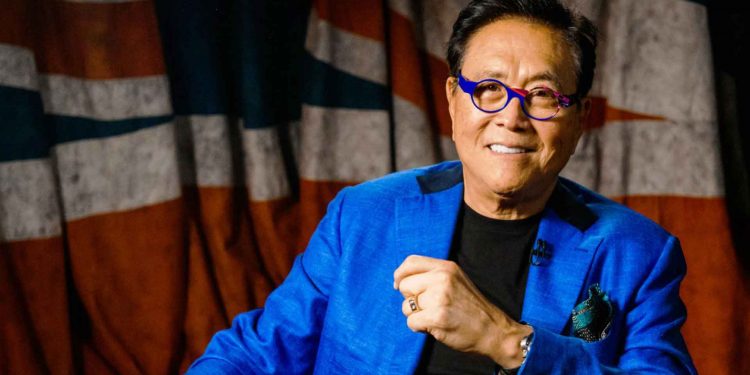 by Rickie Sanchez
in Investing
Reading Time: 3 mins read
0
Share on FacebookShare on TwitterShare on LinkedinShare via WhatsappShare via Email

Author of “Rich Dad Poor Dad” and successful businessman Robert Kiyosaki stated that investors should stock up on precious metals and digital currencies like Bitcoin, Gold, and Silver in order to weather the crypto market winter.

Robert Kiyosaki, author of the personal finance book Rich Dad Poor Dad, which has sold millions of copies, has acknowledged that he is increasing his Bitcoin holdings at the present time.

He highlighted with his 2.3 million followers on Twitter that he has a bullish outlook on Bitcoin since, contrary to the majority of cryptocurrencies, Bitcoin is considered to be a commodity by the US financial authority.

Kiyosaki, who has been a supporter of Bitcoin for a considerable amount of time, stated a month ago that people who possess gold, silver, and Bitcoin will get richer in the event that the Federal Reserve, the Treasury, and Wall Street make a pivot and print trillions of dollars. He predicted that those who promoted themselves as “money savers” would suffer the greatest losses.

Disclaimer: The information and publications are not intended to be and do not constitute financial advice, investment advice, trading advice or any other advice or recommendation of any sort offered or endorsed by Blockzeit. You should consider seeking a financial advisor to check how the website information relates to your unique circumstances.

What is Robert Kiyosaki known for?

In his 1997 book, “Rich Dad Poor Dad,” Robert Kiyosaki stresses the significance of achieving financial freedom and growing wealth through asset investment, real estate investing, and business ownership. The importance of educating oneself about personal finance is a theme explored in Rich Dad, Poor Dad. For almost six years, it has been included in The New York Times’ annual list of best sellers.

Why is Bitcoin considered a commodity?

Before we tackle on why Bitcoin is considered a commodity, let us understand the exact definition of a commodity:

A basic good that is utilized in commercial transactions and is interchangeable with other items of the same type. The vast majority of the time, commodities are utilized as inputs in the manufacturing of various other items and services.

The phrase “crypto commodity” can also be used to refer to cryptocurrencies that are legally regulated and traded in the same manner as commodities, as opposed to the same manner as securities. Authorities working for the Commodity Futures Trading Commission (CFTC) and the Securities and Exchange Commission (SEC) view Bitcoin and Ethereum as being very similar to commodities.

This distinction is significant due to the stringent regulations that the United States government as well as other national governments impose on the sale of securities. Because cryptocurrencies like Bitcoin and Ethereum are not deemed to be securities, they are free to be traded on traditional asset markets in addition to cryptocurrency exchanges.

People engage in inflation hedging for a variety of reasons, the primary one being to safeguard their investments from a decline in value brought on by rising inflation. Typically, this entails making an investment in a piece of property with the goal of either preserving or growing its value over a predetermined amount of time.

However, every investment carries some degree of risk, and you need to determine how much risk you are willing to commit to a particular asset class. Hedging against inflation has its limitations and might be unpredictable at times.