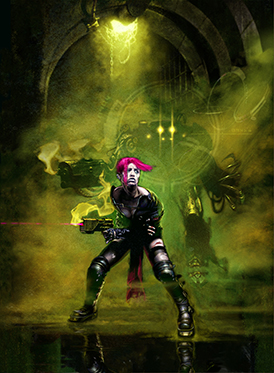 Heavy Metal is planning to create rare one-of-a-kind items of horror, fantasy, and science fiction digital collectibles as it enters the NFT marketplace. The signature brand of subservice science fiction stories will monetize its covers in over 3,600 NFTs.

The heavy Metal magazine store has partnered with Crypto.com NFT. According to a press release, the first collection will debut on September 12, 2021, at 9 a.m. PT. It will feature the works of Heavy Metal CEO Matthew Medney and Lockheed Martin mechanical engineer John Connelly’s “Beyond Kuiper” book series. It will feature digital versions of the works of comedian Brian Posehn, Fall Out Boy’s Joe Trohman, filmmaker George C. Romero, comic book artist Scott Koblish, and street artist Thumbs to name a few.

From printed and digital magazine to NFT collectibles

After surviving in the roller-coaster media industry for 44 years, the New York-based publisher plans to use Crypto.com’s non-fungible token market to recreate itself. The comic magazine that championed counterculture debuted in 1977 and faced the regulatory hand of the controversial Comics Code Authority. Heavy Metal CEO Matthew told the media:

“Heavy Metal has always been on the bleeding edge of content, delivery systems, and thought […] moving this illustrious brand from printed and digital magazine to NFT collectibles was a natural progression of the ethos this brand holds dear to its mission statement.”

Fans have poured money into NFTs

The past one year has seen an explosion of the monetization of NFTs in applications like arts, music, sports and collectibles. Animoca Brands’ NBA Top Shot created a series of collectible basketball cards whose sales have surpassed $750 million. Hundreds of investors who include game fans have poured money into NFTs. The weekly revenues from NFTs reached a high peak in May before crashing in June and July. NFT sales peaked again in August with the average being at least $165 million in revenue weekly. Heavy Metal CEO Matthew Medney added:

“Heavy Metal prides itself on pushing boundaries in the entertainment space and our first foray into the NFT marketplace proved our readers are interested in taking this journey with us.”

Over 300 million transactions on a single day

OpenSea, the largest NFT marketplace saw a $3 billion surge in sales in August. The marketplace recorded over 300 million transactions on a single day and there was consistent purchasing throughout the month. Some analysts believe the NFT wave is evidence that speculative Bitcoin retail investors are shifting from meme stocks and Bitcoin. George C. Romero creator of the comic book series “The Rise,” said:

“NFTs are one of the most exciting new spaces for me […]. To launch ‘The Rise’ NFT with Heavy Metal on Crypto.com is one of those next-gen moments for a brand that has endured for five decades. I love the excitement that bleeds from a Romero and Heavy Metal collaboration. Creating this with Matthew Medney has been one of the most rad-tastic projects I’ve had the honor of realizing. I’m so excited to see the future hitting both of our legacy brands with such force.”

If you enjoyed this article you might also like: Break Up The Doge: NFT Will Be Broken Into Billions Of Pieces