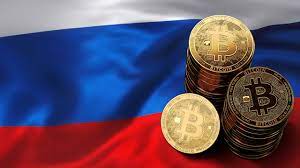 Russia’s Finance Ministry has finally submitted a draft proposal for cryptocurrency regulation to the government. According to the proposed legal framework for virtual currencies in the country, citizens would have to take online crypto trading proficiency tests before they can trade in cryptocurrencies.

Trading platforms to maintain a register containing information about all customers

The proposed testing requirement is among several other conditions, including stringent know-your-customer (KYC) identification protocols prescribed by the draft policy. Additionally, the law requires that cryptocurrency trading platforms to maintain a register containing information about all customers besides undergoing a strict licensing regime.

The government will also create a designated authority to monitor the compliance of cryptocurrency trading platforms. According to the draft law, the monitoring will cover risk management systems, corporate governance, and internal audits. Platforms will have to submit documents showing the crypto held by customers and the exchanges themselves.

The move comes amid growing calls from the Russian central bank to ban crypto, with steep fines for trading and mining. The central bank is also attempting to move ahead with its plans for a digital ruble. Even with regulatory ambiguity, crypto adoption in Russia has surged at an accelerated pace. The government estimates that Russians hold at least $200 billion worth of crypto or 12% of the overall market.

Analysts had forecast a boom in Russian crypto mining after major hubs China and Kazakhstan banned mining due to energy shortages. Russia’s cold climate is also seen as conducive to mining, given that it reduces the need for cooling mechanisms.

Last month, Russia’s President Vladimir Putin said that the country has “competitive advantages” in Bitcoin mining. He, at the time, also asked the country’s central bank to meet with his government so they might arrive at a consensus on cryptocurrencies.

On crypto mining, the draft proposal has included provisions for taxing miners. This follows a call by Russian President Vladimir Putin in January for regulations toward cryptocurrency mining. An overflow of miners flocked Russia, Kazakhstan, and North America following last year’s ban on crypto mining in China. Putin’s stance on the matter differed from that of the central bank that favored a blanket ban on cryptocurrencies.

The move by the Finance Ministry highlights an existing policy split with the country’s Central Bank. The Bank of Russia is still opposed to crypto regulation and would still rather see a total ban on cryptocurrency trading and mining. According to the TASS news agency, the central bank has suggested punishing crypto trading and issuance with fines up to $6,000 for individuals and $12,000 for companies.