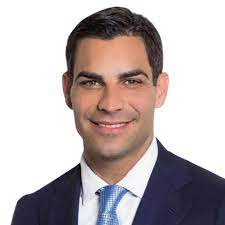 The Mayor Francis Suarez will become the first politician to be paid fully in Bitcoin. The politician is advancing plans to pay city workers in BTC besides making Miami city the crypto capital in the world.

Miami Mayor Francis Suarez will become the first United States’ politician to receive his entire paycheck in Bitcoin. The development follows a Twitter chat between the Bitcoin-friendly politician and famous crypto enthusiast Anthony Pompliano. Pompliano had taken to Twitter to request Mayor Suarez to make history by becoming the first politician to accept their paycheck in Bitcoin. Florida’s Mayor accepted the offer in less than 20 minutes.

Bitcoin salaries are in trend

Mayor Suarez went on to ask Mike Sarasti, the director of Innovation and Tech at Miami City, to make it happen. In his reply, Sarasti indicated that he would help by tweeting “Mayor; Amazing” he typed in response, along with two “100” symbols and a Bitcoin symbol. The Miami Mayor’s statement came as a growing number of professional athletes and sports teams have adopted Bitcoin, including Russell Okung, Tom Brady, Aaron Rodgers, Saquon Barkley, and Sean Culkin.

Mayor Francis Suarez is a leading proponent of cryptocurrency and desires to make Miami the first crypto city in the United States. The politician is working toward creating clean Bitcoin mining facilities besides allowing government employees to receive their salary in Bitcoin.

Allowing government employees to be paid in BTC

The Mayor is on record for proposing to invest the city’s funds into Bitcoin, but that plan didn’t go through as existing state laws don’t allow for investment in digital assets. Miami has also made history by becoming the first city to have its native crypto token called Miami Coin, built on top of the Bitcoin blockchain and mines new coins every ten minutes. The funds generated from mining Miami coins would be utilized for the welfare of the city.

Suarez, who is seeking re-election, is the most vocal proponent of Bitcoin among U.S. politicians. He has been lobbying lawmakers in his city to allow government employees to be paid in BTC and allow taxes to be paid in the cryptocurrency, and for the city to invest a portion of funds in Bitcoin. He said last October that cryptocurrency was a “major priority” for him and tried to attract Bitcoin miners who were kicked out of China following a crackdown.

The other U.S. Mayors who are vocal Bitcoin supporters include Jackson, TN, and the Mayor of Cool Valley, Missouri. U.S. Senator Cynthia Lummis is another pro-Bitcoin politician who has repeatedly insisted. Bitcoin is an excellent store of value. Commenting on Suarez’s statement, she tweeted:

“Bested by the gentleman from Miami; well done, sir.”