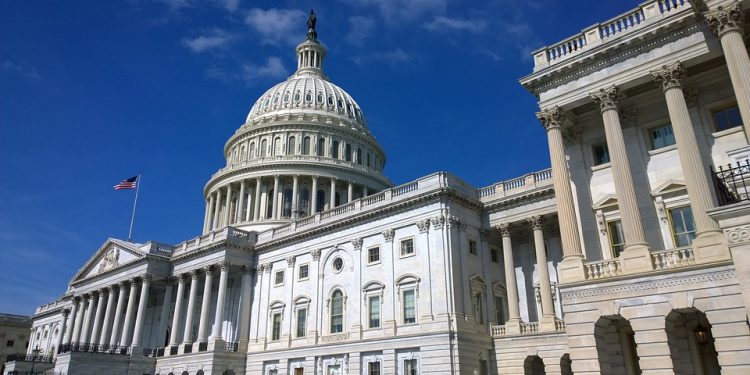 The El Salvador President is displeased by the bill’s intentions, which has already passed out of the Committee stage. The bills seek to study his Bitcoin law’s detrimental effects on the U.S. dollar.

The full United States Senate is set to vote on a bill that seeks to mitigate risks to America’s financial system from El Salvador’s decision to adopt Bitcoin as legal tender. The “Accountability for Cryptocurrency in El Salvador (ACES) Act” was introduced by Sens. James Risch (R-Idaho), Bob Menendez (D-N.J.), and Bill Cassidy (R-La.) on February 16 has already passed out of the committee stage.

Understand and mitigate potential risks to the U.S. financial system

Risch explained in a statement on Wednesday that the legislation would require the State and Treasury Departments, among other federal agencies, to mitigate risks such as potential empowerment of China and organized criminal organizations. Risch said:

“As El Salvador has adopted Bitcoin as legal tender, it’s important we understand and mitigate potential risks to the U.S. financial system.”

“Never in my wildest dreams would I have thought that the U.S. Government would be afraid of what we are doing here.”

Conversation about the dollar’s weakness, and Bitcoin’s strength

El Salvador became the first country globally to adopt Bitcoin as legal tender in September 2021. It went on to launch a government-backed crypto wallet besides offering incentives for Bitcoin usage. Salvadoran President Bukele also announced the country would raise $1 billion through Bitcoin-backed bond issuance. However, this has been delayed from its initial planned launch of mid-March.

Many U.S. politicians, including Donald Trump and Hilary Clinton, have consistently warned about Bitcoin’s threat to the USD’s global supremacy. The chickens seem to have come home to roost following Russia and Ukraine’s conflict. Its economic fallout has frequent conversation begun about the dollar’s weakness, and Bitcoin’s strength, in these conditions.

Newfound wariness among politicians about how influential cryptocurrencies may be

Whether the U.S.’s move is a coincidence or not remains to be seen. Still, rumors are swirling around that several other countries are also considering adopting Bitcoin cryptocurrency alongside El Salvador. This could explain President Biden’s administration’s “urgency” in researching the development of a Central Bank Digital Currency (CBDC) in his recent executive order.

El Salvador has received criticism from groups like the International Monetary Fund and World Bank for months about Bitcoin. However, President Bukele has consistently defied such detractors and maintained his bullish enthusiasm.

While the bill by the U.S. Senate doesn’t explicitly state fear, it reflects newfound wariness among politicians about how influential cryptocurrencies may be upon the world. One of the stipulations within section 2 calls to examine the “potential for reduced use by El Salvador of the United States dollar” in light of the Bitcoin law.