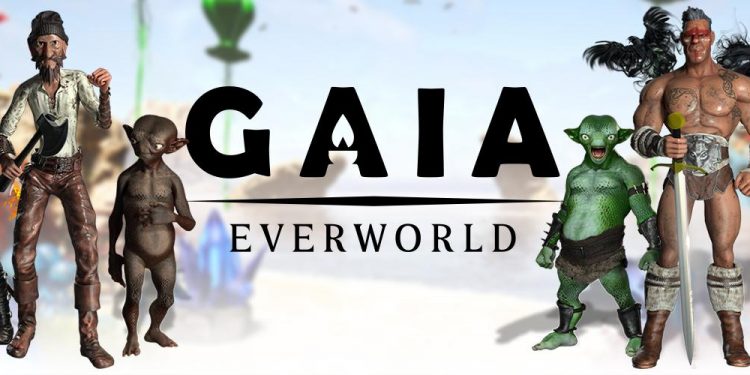 Gaia EverWorld, an immersive, multi-region fantasy world where players are able to build their own kingdoms, has already secured $3.7M in funding from prominent blockchain industry investors via a private sale.

Inspired by classic games like Pokeman, Clash of Clans, and Age of Empires, Gaia EverWorld aims to become a key part of the new generation of gaming that is being developed on the blockchain. Distributed ledger tech (DLT)-based games like Gala EverWorld aim to give players complete ownership of their in-game assets and also incentivizes them for engaging with an innovative play-and-earn gaming model.

Whether you’re fighting it out in PVP Battle Mode, adventuring across the diverse and mysterious expanse of the EverWorld in the MMORPG, or exploring and conquering mythical kingdoms in the PVE Legion mode, players will be able to experience engaging, entertaining and interactive gameplay while also earning tokenized rewards in the process.

Josh Bull, the CEO of Gaia said that “Gaia Everworld is part of the next-gen of gaming being built on the blockchain. It gives players full ownership of their in-game characters, and rewards them for engaging in ‘play-to-earn’ models of gaming which have become quite popular in the crypto space this year. Gaia Everworld is truly an immersive, multi-region fantasy world in which players can create their own kingdoms, explore different lands, while collecting, breeding and battling other players, referred to as the Gaia Legionnaires.”

“Blockchain-powered gaming has really taken the crypto world by storm in 2021. These games are truly unique because they allow players to take on a more significant role in the gaming process. Not only is the gameplay quite interactive and engaging, but players are able to effectively participate in a tokenized, digital economy that allows them to earn sizable returns. We’re firm believers in the play-to-earn business model, which is one of the main reasons why we decided to invest in Gala Everworld. Our team is looking forward to becoming a key contributor to this fast-evolving sector.”

Gaia Everworld is the immersive, multi-region fantasy world in which players build their kingdoms, explore the lands, collect, breed and battle their Gaia Legionnaires.

Gaia EverWorlds’ mission is to leverage blockchain technology to fundamentally improve the world of gaming. By offering players with attractive and engaging alternative economic opportunities, we intend to transform the blockchain gaming space via collaboration with our partners as well as our supportive community.

Yes, we are definitely quite passionate and ambitious. We also believe that outstanding results require big ambitions.