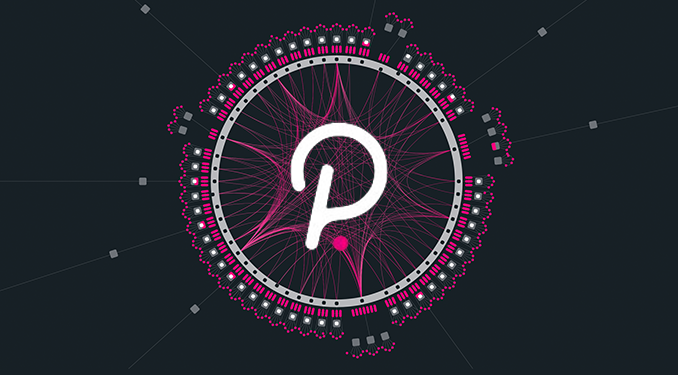 Polkadot (DOT) is a decentralized coin that can be purchased and solid on exchange platforms like Coinbase and Kraken. Image: dailyhodl

Polkadot was one of the most trending blockchains in the last bull cycle. But what is the outlook for 2022? We made an analysis of the Polkadot price the future outlook DOT.

As a quick refresher before we dive into price predictions, Polkadot is a blockchain-connecting protocol that allows value and data to be sent across previously incompatible networks (Bitcoin and Ethereum, for example). It is also intended to be quick and scalable. The DOT token is used for governance and staking; it can be purchased or sold on Coinbase and other exchanges.

Polkadot connects and secures an expanding ecosystem of specialized blockchains known as parachains. Polkadot apps and services can securely communicate across chains, laying the groundwork for a truly interoperable decentralized web.

Considering the volatility of most crypto projects, the first thing you should do is research. Learning as much as you can about EMA Indicators, Bollinger Band, DOT “whales”, and other indicators will help you make a sound investment decision.

Lastly, you should analyze current price trends. If DOT is moving upward, this is a good sign. If it’s going downward, it could be a sign that the currency has reached its top-end and may also indicate a buy signal.

A bullish trend in Polkadot price predictions indicates that the currency will rise through 2030. The currency holds the eleventh spot on the CoinGecko cryptocurrency ranking, indicating that it is poised to move higher. Additionally, the currency is displaying an ascending channel pattern, which is defined by a trendline that supports higher lows and a diagonal resistance level. If the DOT price breaks through this level, the trend will be likely to continue.

If you’re interested in making the most accurate Polkadot price predictions, you’ll want to understand how EMA Indicators work. Exponential Moving Averages (EMAs) give price fluctuations greater weight than other averages, such as the 30-day moving average. EMAs can range from several days to several months in length. They also tend to respond more quickly to recent price variations, which increases the risk of false signals.

EMA Indicators are widely used for price prediction. They provide the average closing price for DOT over a time period that you select. The 12-day simple moving average is calculated by adding up the closing prices of the past 12 days and dividing it by twelve.

An exponential moving average (EMA) gives greater weight to recent prices and responds faster to price changes. To calculate EMA Indicators for Polkadot price prediction, use an indicator that provides a moving average for the last three months.

The Bollinger Band for Polkadot’s price prediction is a simple one: the stock may move higher in the near future, forming a higher high of around $22.00  in the next upcycle. However, the price could also break below this band and head lower to $17.8 or $15.8 if the stock does not gain momentum. It is important to be cautious if the price closes below 18 despite the bullish outlook.

The price is currently below the lower bollinger band by 6.7%. This indicates that the coin is in a downtrend and may be on its way to the $18.7 support level. A break below this level would indicate a reversal in the trend, as the stock continues to fall. However, bears should be cautious, as the stock has recently been gaining momentum in recent days.

When it comes to predicting the price of DOT, the bullish crowd has the upper hand over the bears. Crowd Wisdom believes that Polkadot will reach a high of $25 by 2022. As a popular cryptocurrency on social media, there is potential for short-term growth.

What is a crypto whale?

The DOT/USD market tends to lose momentum around the $9 resistance level, which resembles the 14-day SMA indicator (Simple Moving Average) resistance zone. A buying force signal does not necessarily portend a reliable avenue for pushes upwards. Investors should continue to hold on to their portfolios until they see a buying force signal appear on the DOT/USD chart.

However, this may not be a good time to sell.

The blockchain-based technology behind the Polkadot network is a hybrid of a parachain and a decentralized application. Using a parachain architecture, it functions as a relay between multiple parachains and allows users to interact with the larger network. As a result, it is a strong competitor to Ethereum, which currently commands the highest price. Despite its strong competition, Polkadot is poised to grow and gain momentum in the coming months.

The design of the Polkadot blockchain makes it possible to perform parallel trades on a single block. Previous generations of blockchains required that transactions be conducted sequentially across the network. Unlike these systems, Polkadot has several advantages. One of these is its scalability. Its distributed nature enables users to conduct parallel trades without being congested. Another significant benefit is its compatibility with multiple parachains, which facilitates fast transactions. Moreover, it has no hard forks, allowing it to maintain its integrity.

Polkadot addresses one of the most significant challenges in the crypto industry, which has a plethora of interesting projects that are unable to interact with one another in meaningful and effective ways because they operate on proprietary blockchains. If the future, as many people believe, is multi-chain, then Polkadot appears well-positioned for significant growth.

Fintech-Ideas brings blockchain functionality to its range of platforms