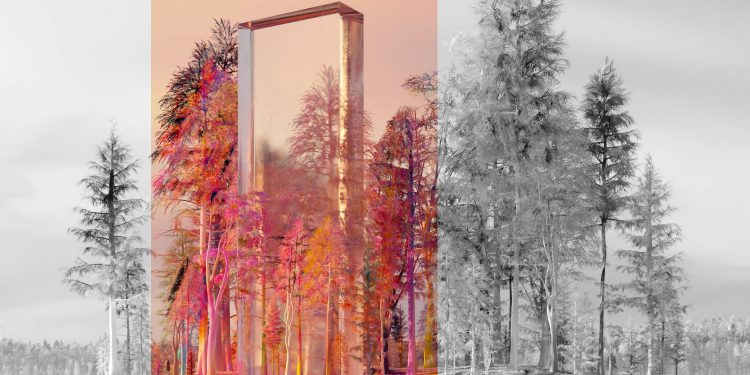 Pixlr Genesis: An NFT “Louvre of the Metaverse”

While legacy museums and galleries have struggled over the years to attract new patrons and generate revenues, NFTs represent a way revive a dormant market and increase awareness of the arts. Pixlr Genesis recognized this trend and is now planing on becoming the “Louvre of the Metaverse“.

The 2021 non-fungible token (NFT) boom has catapulted digital artists like Beeple, Pplpleasr, and Mankind from obscurity to popularity, while the traditional art world struggles with how to exhibit NFT artwork to its audience. Art museums are struggling in general, hit hard by the global pandemic which has drastically reduced the amount of visitors viewing galleries and spending money.

Pixlr, a photo editing and design software provider, is now bringing its considerable skills and 500 million-strong worldwide community to bear, with plans to develop Pixlr Genesis, a decentralized art museum of NFTs. The ambitious ambition is to compete with the Louvre, MOMA, and the National Gallery of Art, but in the virtual environment known as the metaverse.

While this metaverse play is NFT driven, many museums worldwide are beginning to take note and see NFTs as a way to bring back patrons as well as revenues.

A Metaverse Art Museum for the Masses

Everyone from Facebook CEO Mark Zuckerberg to Chinese tech giant Tencent sees the metaverse as the next generation of the Internet: a massive digital arena in which people interact through digital avatars, brimming with opportunities to produce, cooperate, and connect.

Pixlr hopes they’ll want to view NFT art as too.

Pixlr has extensive expertise dealing with cutting-edge technologies such as NFTs—cryptographically unique tokens used to prove ownership of digital artwork. The freemium photo editing and design software debuted in 2008 and was later bought by popular stock picture agency 123RF, becoming one of the first platforms to leverage the revolutionary power of AI and machine learning in photo imaging.

He noted that Inmagine, which purchased 123RF and Pixlr in 2017, sees the Pixlr Genesis platform as an extension of its aim to empower creators by allowing them to display their artwork to a larger audience.

It’s a move that reflects the mood among NFT artists, many of whom have abandoned traditional art galleries. For many artists, it is cheaper and faster to produce digital work and much easier to share and display it. Pixlr sees their metaverse museum as a platform to bring creators and admirers of art together.

“How can a commercial gallery help me?” During a recent interview with The Guardian, painter-turned-NFT-artist Trevor Jones inquired. He then went on to describe the expensive commissions and late payments that are usual in the legacy art field.

Furthermore, while physical art sales are declining, total NFT sales increased to $2.5 billion in the first half of 2021, with trading volume increasing to $10.7 billion in the third quarter as NFT-based games and art marketplaces thrived.

Meanwhile, with the aforementioned pandemic driving people online, gallery owners and art dealers have battled to make their viewing rooms profitable and engaging enough for a technologically sophisticated Gen Z audience. That’s a nice way of saying that most people today have even shorter attention spans than their counterparts of only a few years ago.

The new Pixlr Genesis platform is offering customers 10,000 VIP passes for Pixlr Genesis in order to empower its enormous community of digital creatives.

“Each Pixlr Genesis NFT pass is also a limited edition, one-of-a-kind piece of AI-generated fine art created using our proprietary algorithm,” Leow explained. And each permits the owner to exhibit whatever NFT-based work they select in a virtual museum he believes will become an increasingly valuable resource.

“Because it is limited to only 10,000 pieces, the art will become more valuable over time as a result of community curation and signaling on what should be presented,” he explained.

There are additional NFT-related tools, such as those for establishing arrangements for fees and royalty payments, as well as crucial networking opportunities.

Pixlr Genesis NFT pass members will get exclusive access to premium NFT art drops, NFT-related tools, and the chance to network with other art fans. Each NFT pass enables the exhibition of one piece of art within Pixlr Genesis.

Each pass is a choice about what to display, how to invest secondary royalties, and where to engage the community’s attention:

Furthermore, pass holders gain access to premium NFT art drops; Pixlr Mint, a low-fee auction site to sell and monetize content; and, every six months, the opportunity to participate in Pixlr Masterpiece, “a social experiment that creates new art from the 10,000 pieces displayed within the gallery,” according to Leow.

The first 2,000 Pixlr Genesis NFT passes will be available on December 1 for 0.3 ETH apiece. As each of the four consecutive collections is released, the price will rise.

Although it now only uses the Ethereum blockchain, Pixlr aims to expand to additional chains in the future, like Solana and Binance Smart Chain, because NFTs are here to stay, according to Leow.

With art historians, critics, museum patrons and traditional galleries both lauding and embracing art NFTs, it would appear that Pixlr is not alone in their optimism.

Join the revolution of blockchain gaming in Asia with the launch of the $45 Million Eco Fund by the Asia...

New Report Reveals Gaming Is The Strongest Use Case for Crypto

New TK Ventures research report reveals gaming as the strongest use case for NFTs and crypto, with GameFi leading the...