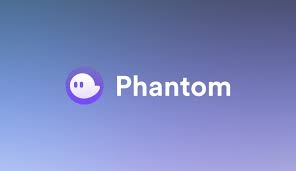 The most influential NFT market , OpenSea, is mostly tied to Ethereum (and high gas fees for NFTs), but new screenshots indicate that support for the burgeoning Solana NFT ecosystem and the Phantom wallet are on the way.

The screenshots were provided by Jane Wong, a crypto blogger and hacker who has gained notoriety for discovering tech features from companies such as Twitter, Facebook, and Instagram before they are officially announced, often much to the respective companies’ chagrin.

Wong’s screenshots, which he shared on Twitter today, show OpenSea supporting the popular Solana wallet, Phantom, as well as listing Solana as one of the supported blockchains alongside Ethereum, Polygon, and Klaytn.

Wong stated that she discovered the Solana references while reverse-engineering OpenSea’s website. She went on to say that there were other references besides those mentioned in the user interface.

When asked for comment, OpenSea referred to it as speculation and pointed to a previously purportedly leaked screenshot of Solana support on the site. According to the representative, OpenSea will “comment if or when we have something to say.”

According to DappRadar data, Ethereum accounts for the vast majority of the burgeoning wider NFT market, which reached $23 billion in trading volume in 2021. OpenSea is the leading marketplace, generating billions of dollars in trading volume each month and recently revealing a $13.3 billion valuation following its most recent funding round.

However, thanks to leading collections such as Solana Monkey Business and Degenerate Ape Academy, the Solana NFT ecosystem has gained traction since last fall. According to the creators of the platform’s Metaplex NFT standard, Solana NFTs have generated more than $1.2 billion in trading volume to date. Magic Eden and FTX NFTs are two notable Solana NFT marketplaces.

OpenSea, the leading NFT marketplace, announced recently that it has raised $300 million in a Series C funding round, bringing its total valuation to $13.3 billion.

Venture capital firms Paradigm and Coatue led the round.

KRH, the current holding name for the new fund from former Andreessen Horowitz general partner Katie Haun, confirmed participation in the round to Decrypt; a16z participated in both the Series A and Series B rounds, and Haun sits on the board of OpenSea.

In a blog post announcing the funding, OpenSea co-founder and CEO Devin Finzer stated that the funds would be used to accelerate product development, hire more employees, improve customer support, and help grow the larger NFT and Web3 space. “Our vision is to be the destination for the growth of these new open digital economies.” “In an emailed statement, Finzer stated. “This year, we’ll begin by lowering the barriers to entry into the NFT space on OpenSea and investing in the ecosystem and community that power it.”

OpenSea was valued at $1.5 billion as recently as July 2020, following a $100 million Series B round. The Information reported in November that it was targeting a $10 billion valuation from its Series C.

The $13.3 billion figure reported by OpenSea today demonstrates the growing popularity of NFTs, which are blockchain-based deeds of ownership to digital items. Bored Ape Yacht Club and CryptoPunks are two of the most popular Ethereum-based NFT collections hosted by OpenSea.