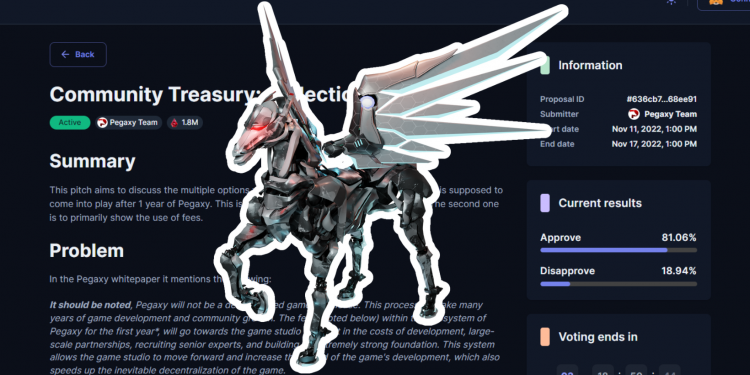 by Edmond Herrera
in Metaverse, NFTs
Reading Time: 3 mins read
0
Share on FacebookShare on TwitterShare on LinkedinShare via WhatsappShare via Email

Pegaxy recently released a pending proposal regarding the community treasury that seeks to remedy current and future cost issues that the team will tackle moving forward. What will the Community treasury entail and how can users vote?

NFT Horse racing game, Pegaxy, has just announced a possible proposal using their Themis voting platform regarding the introduction of a community treasury. Previously discussed by its CEO during a live stream, it was initially planned to be introduced after a year after its launch. Investors can submit their votes using the $PGX governance token at the Themis voting platform.

The submitted proposal seeks to remedy cost issues within their economy with the team citing that the” marketplace & breeding fees are not enough to cover overheads and staff costs for the future” by suggesting multiple options for generating more revenue. Pegaxy is one of the most popular NFT horse racing games on the market currently where users can compete against others in a race and can breed or sell their digital in-game horses

Due to the services Pegaxy provides, the submitted proposal for the community treasury suggests increasing marketplace fees from 3% to 10%. Moreover, all $PGX fees will go straight to the treasury. $PGX fees are derived from user interactions such as breeding and fusing.

Pegaxy earns revenue from its users primarily from breeding(fusing) fees and the 3% fee from all marketplace transactions. The proposal seeks to increase the revenue generated from these services and use them to fund  Mirai Lab’s big plans to keep developing, and growing its ecosystem in web3 gaming. 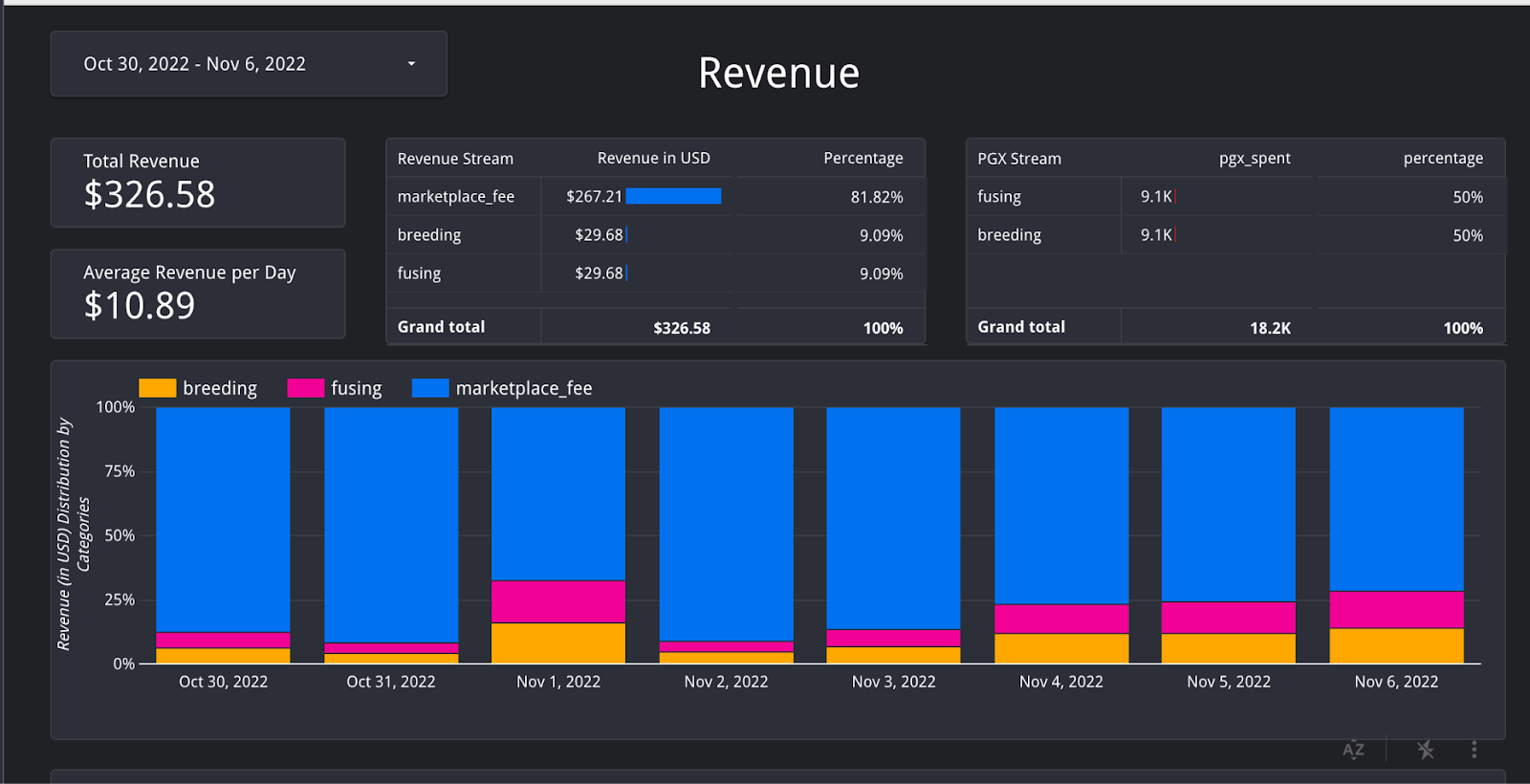 Moreover, out of the 10% fees derived from marketplace interaction, 1% goes to optional creator code, 2% to community treasury, and 7% to Mirai Labs for continued development.

The beauty of Web3 applications is that the decentralization aspect assures that before the project takes big strides toward development, it makes sure its community is on the same page. Pegaxy’s recent proposal not only was mentioned beforehand,  but the team also provided comprehensive reasons and justifications for its increased fees.

Although there are some minor divisive opinions in its recent proposals, the voting results so far have showcased that the community is on board Pegaxy’s next move.

A Glimpse into The World of NFT Horse Racing

Is Cryptocurrency an Ethical Investment? Here’s the Answer!