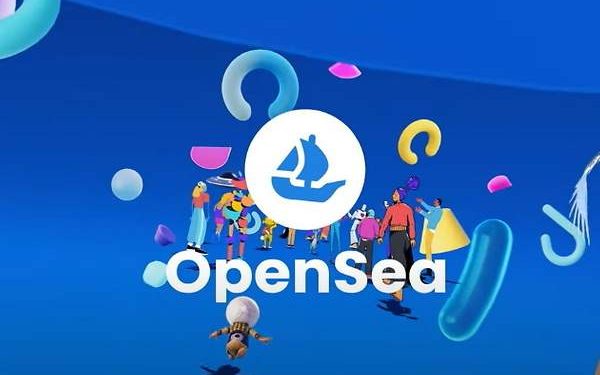 The leading Ethereum NFT marketplace OpenSea has tightened its grip on its own minting contract, angering many NFT creators.

OpenSea has led the NFT industry in trading volume for the last six months, and it is currently having a record-breaking month even as hot competition emerges and crypto prices fall. Still, the Ethereum NFT marketplace has irritated many creators by limiting the number of NFTs that can be minted using its own internal collection storefront contract.

OpenSea’s new Twitter support account announced that it had “updated our collection storefront contract limits” to only allow five collections per NFT wallet or user, with a maximum of 50 items or NFT collectibles in each collection.

Recently, OpenSea’s Twitter official account retweeted the original tweet. “We know this change may impact our community, so please don’t hesitate to share how this affects your creative flow,” a subsequent tweet in the thread added. OpenSea asked for a reaction, and they got it.

Since the original tweet, NFT community activists reacted strongly, with a myriad of creators and crypto types criticizing OpenSea for prohibiting collections that use OpenSea’s own NFT smart contract! A smart contract is a piece of code that executes predefined instructions; in this case, a minting contract manages ownership and transferability.

According to creator Justin Aversano, OpenSea’s contract change “limits onboarding new creators’ collections and is an unnecessary update from the community’s point of view.”

To get around the limitations, creators can still use their own external NFT smart contract. Manifold, an Andreesen-backed smart contract startup that collaborates with Steve Aoki and pplpleasr, for example, allows users to own and deploy their own customizable NFT minting contracts. Creators could also use a competing NFT marketplace, such as Nifty Gateway, to mint their own work.

David Horvath and wife and collaborator Sun-Min Kim have gradually added single-edition NFT artwork pieces to OpenSea collections over the previous year. Because of the changes, he is now “locked out of minting new work or collections on OpenSea.

Horvath has overseen the Uglydoll NFT collection, which he co-created with Kim, as well as other creations. To date, he has minted approximately 1,000 pieces of artwork as NFTs on OpenSea. More recently, he joined the Ethereum NFT project Nouns and co-founded Nouns Studio1, an effort to create open-source intellectual property as a group.

At the time of this post, OpenSea has not provided any additional information about the change, with its tweet only stating that the change was made “to address feedback we’ve received about our creator tools.” Outlets have contacted OpenSea for comment and additional information, including whether it plans to reconsider the decision, but no response has been posted.

If OpenSea stays the course, other players in the NFT space may try to fill the void. LooksRare, a new competitor, tweeted that it plans to integrate direct minting capabilities into its recently launched marketplace, but that “delivering it will take time.” Meanwhile, Manifold co-founder Richerd Chan tweeted that the company is investigating how it might allow users to migrate NFTs from an OpenSea contract to a creator-owned contract.

Even if OpenSea eventually changes its ways or tightens its restrictions, Horvath says he’s seen enough. He is looking forward to the launch of Coinbase’s NFT platform and plans to explore the community once it is available.

The NFT space is so new and dynamic that it stretches the bounds of credulity to think that OpenSea would be able to maintain its dominance-or that any Ethereum-based platform would be able to continue growing at an exponential rate, especially given the gas fees and problems with fake collections.

OpenSea has no one to blame but themselves and needs to do a better job of taking down fake accounts that sell copies of original NFT collections.

We should welcome competition and hope that it improves NFT opportunities for everyone-not just the companies that are rushing to rake in billions of dollars in commissions.

If you enjoyed this article, you might also like: Phantom Sighting: OpenSea Rumored to Add Solana NFTs and Wallet