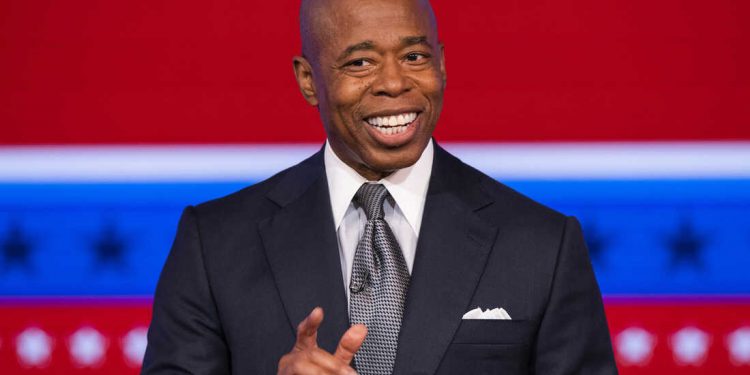 Eric Adams says he’ll be taking his first three paychecks as New York City’s mayor in Bitcoin. His announcement follows a series of similar statements by other mayors.

The Big Apple’s mayor-elect has planted a cryptocurrency flag by saying he wished to get paid in Bitcoin on Twitter. According to the tweet, he desired to make the city the “center of the cryptocurrency industry.” Speaking to Bloomberg Radio, Adams said he would create a New York City cryptocurrency and consider any regulatory barriers to entice crypto companies to invest in the city.

NYC – The next crypto hub?

Adam’s announcement follows a similar one by Francis Suarez of Miami, and according to CNBC, both politicians are keen on making their cities for the digital currency space. Adams has promised to look into matters that are slowing down cryptocurrency investment in NYC. However, Suarez seems to be a few steps ahead after supporting the MiamiCoin project that enables the city’s residents to invest in crypto. Suarez asked a city official to work out plans to ensure his desire to be paid in Bitcoin materializes.

Aesthetically speaking, Miami seems to have a head start. Cryptocurrency firm blockchain.com transferred its operations from NYC to Miami a few months ago. Also, El Salvador President Nayib Bukele pronounced his country would adopt Bitcoin as legal tender during a Miami conference, which has already been effected. Adam’s decision to get his paycheck in Bitcoin might be a good pointer of what to expect in the future and what many leaders could be thinking about the future of money.

Cryptocurrencies have arrived in Washington

While that was happening, U.S. senator Ted Cruz has introduced a resolution that proposed cryptocurrency be accepted at “restaurants, vending machines, and gift shops in the Capitol Complex. The resolution dubbed “Adopting Cryptocurrency in Congress as an Exchange of Payment for Transactions Resolution,” is also referred to as “ACCEPT Resolution,” was presented in the Senate Monday. The resolution states:

“The Architect of the Capitol, the Secretary of the Senate, and the Chief Administrative Officer of the House of Representatives shall each … solicit and enter into contracts to provide food service and vending machines in such Capitol Buildings with persons that will accept digital assets as payment for goods.”

Texas Senator Cruz’s resolution proposes to encourage gift shops in such Capitol Buildings to accept digital assets as payment for goods,” the resolution adds. He told Breitbart News Monday that Congress could lead in cryptocurrencies by adopting them as payment and increasing crypto awareness in Congress. He added:

7 Hot NFT Games You Should Know About