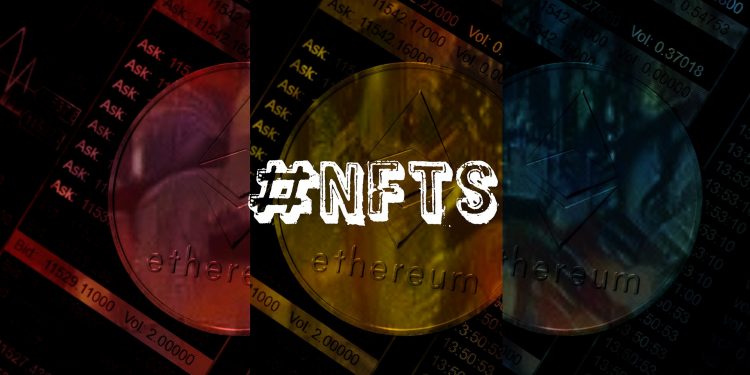 NFTs and High Gas Fees: What You Should Know

by Jay Speakman
in Education, NFTs
Reading Time: 5 mins read
0
Share on FacebookShare on TwitterShare on LinkedinShare via WhatsappShare via Email

NFTs continue to dominate the headlines, and even though some collectors pay thousands of dollars for one, exorbitant gas fees are a major deterrent for many wanting to buy or mint an NFT of their own.

On the other hand, if you’re spending $7,000,000 on a CryptoPunk you’re probably not worried about the gas fees.

But for most buyers and investors the fees are a real problem.

Gas fees have also risen dramatically in tandem with the tremendous surge in popularity of decentralised finance (DeFi) projects. This means that first-time buyers and sellers, in particular, will lose their profit margins or suffer a huge loss. Some purchasers have lost more than $300 in gas fees despite purchasing an NFT valued only $40 in ETH.

But what precisely are gas fees? Furthermore, what factors influence their cost?

Miners, who use powerful equipment and vast quantities of electricity, process and validate every transaction on the blockchain. The amount of computational work necessary to accomplish this is known as “gas.”

Users must pay gas fees, which can amount to hundreds of dollars, to the miners in order for them to carry out the computations. Gas costs, in essence, act as an incentive to miners while also assisting in the reduction of spam on the network.

Users must pay gas fees on most NFT marketplaces when selling and purchasing NFTs, as well as minting NFTs. The fee is determined by the quantity and type of computations required to verify transactions; the more sophisticated, the greater the fee.

The Ethereum network requires you to set a “gas limit,” which is the maximum amount of gas you are ready to pay per transaction. Meanwhile, the “gas price” is the amount of money you’re willing to spend for each unit of gas.

The actual gas price fluctuates and is affected by a variety of factors, including network traffic. The amount you set as the gas limit can affect how quickly your transaction is processed. If you set it too low, miners will choose transactions with high gas prices over yours.

While the majority of blockchains do not allow you to completely eliminate gas fees, the good news is that there are numerous ways to lower the amount paid. Let’s look at a few of them.

Because gas prices change mostly due to network activity, keeping an eye on traffic is a fantastic way to save money on petrol. Transactions can spike on specific days and times, raising transaction fees.

Saturdays and Sundays, according to one source, are often the days when Ethereum gas costs are the lowest. On the other hand, it is at its peak on Tuesdays and Thursdays, when the network is at its busiest. If your transaction isn’t time-sensitive, it’s advisable to wait until the network is less congested.

You may also utilise free analytical tools to understand the condition of the blockchain at different points in time. GasNow is one such example, as it allows you to readily ascertain if the gas price is higher than normal at any particular time. Another tool that will illustrate the week’s network activity is Ethereum Price, while NFT gas station is helpful for in-depth examination across marketplaces.

As a result, depending on the urgency of the transaction, you can delay it to minimise fees. Check and double-check the current market pricing, analyse the network for congestion, compute gas fees, and prepare ahead of time whenever possible.

Make use of Layer 2 and Sidechain Solutions

Several Layer 2 alternatives and Ethereum sidechain platforms have emerged in recent months to address Ethereum’s constraints. These are essentially distinct blockchains constructed on the Ethereum network that are either faster, cheaper, or both.

Polygon is one such key protocol that has been steadily attracting many projects, particularly among blockchain game makers. Fully compatible with Ethereum, Polygon offers fast and low-cost transactions.

Pro tip: I recently listed my own NFT artwork on OpenSea and used the Polygon option, saving hundreds of dollars in minting costs.

As the industry eagerly awaits the development of Ethereum 2.0, it can be a good idea to switch to other frameworks like Polygon, or even LOOM, and SKALE for now. These come with the security of the Ethereum network, as well as minimal crypto gas expenses.

Combining similar transactions is another simple approach to save gas. This is because the amount of gas changes based on the type of transaction.

This seems like a no-brainer but many people just default to Ethereum because blockchain has established itself as the go-to network for tokens and DeFi projects.

As a result, this blockchain’s activity is higher, resulting in higher gas fees as compared to other blockchains. Simply switching to another blockchain to reduce your gas costs may be a good option.

However, before migrating, it is critical to assess the benefits and drawbacks. While other blockchains may provide reduced transaction fees and more scalability, abandoning Ethereum may be difficult when using third-party services that rely heavily on Ethereum.

Tezos, EOS, and Solana are other viable options. These are dependable and work with smart contracts. Tezos, which employs the Proof-of-Stake concept, not only provides gasless transactions but also has a low carbon footprint.

Meanwhile, the WAX blockchain has cemented its position as the dominant decentralised network for entertainment and video games and touts itself as carbon neutral. It is home to the well-known NFT store Atomic Hub, which features top-selling creators such as Blockchain Heroes and Capcom’s Street Fighter.

As more individuals adopt NFTs, excessive gas fees could be a major setback for blockchains such as Ethereum. Of course, buyers and sellers will desire a platform with low gas and high scalability. This has also given rise to new projects and new ways for people to save money on their gas bills.