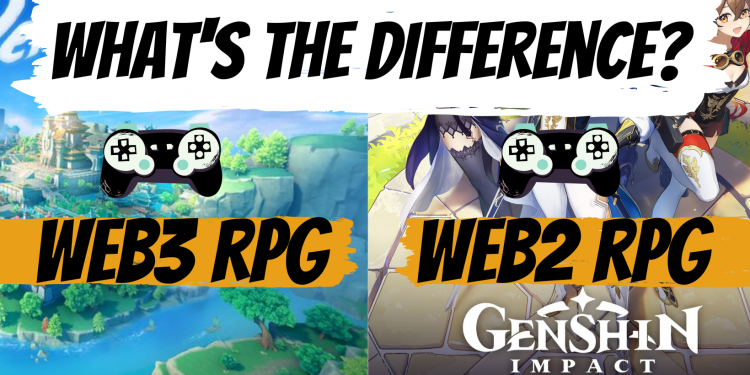 NFT RPGs vs traditional RPGs: A Comparison Of Key Features And Differences

NFT RPGs and classic RPGs almost look the same. But don’t let the visuals deceive you, blockchain technology fundamentally changes the benefits you get from playing either one.

This is in contrast to traditional RPG games, which typically do not allow players to own or trade virtual assets in the same way. The rise of NFTs allowed gaming to adopt its technologies leading to web3 versions of traditional gaming genres such as:

Despite blockchain technology’s current prominence, not everyone knows the stark differences between a web2 RPG and a web3 one. Here are the two stark differences you will encounter when you try both types of RPG.

One key difference between NFT RPGs and traditional RPG games is the level of ownership and control that players have over their virtual assets. In a traditional RPG, players may have the ability to earn or acquire in-game items or currency, but these assets are typically not owned by the player in the same way that real-world assets are owned.

They may be subject to rules and restrictions set by the game developers, and can potentially be taken away or removed from the game at any time. In contrast, NFT RPGs use blockchain technology to enable players to truly own their virtual assets, giving them the ability to trade and transfer them freely without any interference from the game developers.

Another difference between NFT RPGs and traditional RPG games is the potential for players to earn real-world value from their virtual assets. In classic RPGs, the value of in-game items and currency is generally confined to the game itself, and cannot be easily converted into real-world value.

In contrast, NFT RPGs use blockchain technology to enable players to potentially earn real-world value from their virtual assets, through the sale or trade of these assets on external marketplaces. This opens up new opportunities for players to monetize their in-game activities and achievements, providing a new source of income and incentives for participation in the game.

Overall, NFT RPGs differ from traditional RPG games in their ability to enable players to truly own and control their virtual assets, as well as the potential for players to earn real-world value from these assets. These differences can fundamentally change how players interact with and engage with RPG games, and could have broader implications for the gaming industry as a whole.

What Is The Concept Of Cryptocurrency Airdrops?

Logan Paul appears to be in hot waters once more. This time, the YouTuber, WWE wrestler, actor, social media personality,...

eBay Is Hiring Web3 Talents To Expand Its NFT Platform

According to a number of job postings on LinkedIn, the online e-commerce giant, eBay is in the process of hiring...