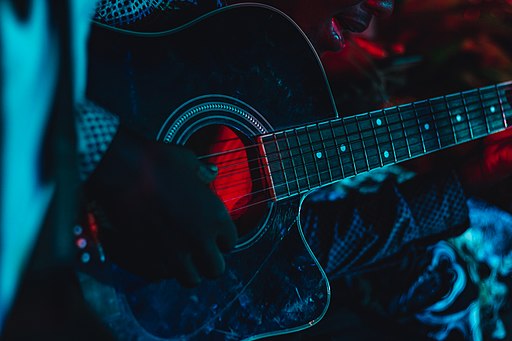 Are Music NFTs a new way for artists to retain more revenue, or will the giant record labels hijack the NFT movement before it can fully bloom?

NFTs are disrupting the music industry

Non-fungible tokens (NFTs) are seeing increasing adoption as new and independent revenue streams for musicians in an industry where entities such as record labels and streaming services take a lion’s share of artists’ profits.

The industry is replete with stories of musicians that signed bad contracts or were taken advantage of by labels they trusted. Many ended up bitter and broke.

Music-focused NFTs are charting a new path for artists to go indie and monetize their work on the blockchain without the need for a third party. In the case of music, this means bypassing the industry behemoths and offering music directly to fans, on the artist’s terms.

NFTs allow creators to monetize their work in unique ways. Whether it’s the arts or music, middlemen and intermediaries take a huge percentage of artists’ profits in exchange for distribution, marketing, or scale. A record label, for example, could use NFTs to rewire an outdated system to be more equitable for creators, consumers, and fans.

That’s why NFTs have risen to prominence so quickly.

Authenticating a work and tracking its provenance and value as it changes hands was previously laborious, slow, and error-prone. Original artists can now keep the majority of profits when selling their work for the first time. Royalties are based on a percentage of subsequent sales. Smart contracts ensure the security of these processes and eliminate the need for costly middlemen and gatekeepers.

NFTs have the potential to revolutionize the music industry’s dominant payment model by putting more money in the hands of musicians at the point of release and guaranteeing payment of predetermined blockchain music royalties thereafter.

The music industry is ripe for a radical reorganization of value capture, just as blockchain technology and cryptocurrency are disrupting the traditional finance sector. Music is a highly centralized industry, with three major record labels — Sony, Universal, and Warner — controlling between 66 and 80% of the market share.

Most indie record labels are owned by a parent company linked to one of these three giants in some way. This means that independent revenue streams for musicians are scarce, even those that are traditionally labeled as such.

Record sales have been replaced by streaming services, which are notorious for keeping a large portion of the revenue and paying little or nothing to the original artists. With labels and streaming platforms taking most of the revenue, musicians rely on touring and live performances to make a living.

Sadly, musicians have been hurt by the traditional industry model and by circumstances that prevent them from hosting live events, so many are eager to explore new revenue streams. NFTs allow artists to deliver their music directly to consumers, bypassing third-party intermediaries.

Many artists hope that blockchain music licensing and royalties will allow them to be paid fairly for their work. While NFT music releases are unlikely to completely replace record labels, they may help artists diversify their revenue streams.

What are audio NFTs?

So far, NFTs have been linked to images or videos. This still holds true for most musical artists. Most NFT musicians have released an image or video paired with a looping audio. Essentially, the image or video is an album cover, a unique image that is inextricably linked to the music.

Consider Kings of Leon’s NFT release of “When You See Yourself” as an example of this process. In this case, the band released the album via iTunes and Spotify, as well as an exclusive NFT version with a digital download. It came with a limited edition vinyl version of the album, digital artwork, and a token proving ownership.

The band released a limited number of “golden ticket” NFTs that included lifetime front-row tickets to any Kings of Leon concert. If a holder wishes to sell their NFT, the benefits are easily and transparently transferable using NFT standards. So NFTs can be used to create unique connections between artists and their fans.

Superfans could still participate in Kings of Leon’s NFT offerings by purchasing the standard NFT version of the album for $50.

A win-win situation for musicians

Even if NFTs don’t change the music industry’s economic model, musicians can benefit from the technology through individual token sales. Major artists are already using NFTs to monetize their music. For example, 3LAU tokenized his album “Ultraviolet” and sold it as NFTs for over $11.6 million. Kings of Leon sold NFT albums and donated over $500,000 to benefit live event workers.

However, thanks to these pioneering artists, this exciting new method of releasing music is showing signs of life. Although few musical NFTs have been released to date, fans, collectors, and speculators have shown great interest. Artists all over the world have taken notice and started using NFTs as a creative outlet and potential income source.

NFTs are a nascent technology, and many believe that their impact on the prices of art, music, and collectibles is driven by “first” factors like the first NFT album, song, or painting. Notably, collectors have long valued first-edition books, vinyl records, and more.

Artists can use NFTs to experiment with untested ways of releasing music and creating collaborative one-of-a-kind art pieces to share with fans. Although the music industry has turned its attention to NFTs as a potential new frontier, it is unclear how widespread the phenomenon will be. Is it a passing fad, a revolution for artists and fans or will it be gobbled up by the same industry giants that have dominated the space for years?

If you enjoyed this article you might also like: Blockchain Company Audius Is Changing The Tone Of The Music Biz