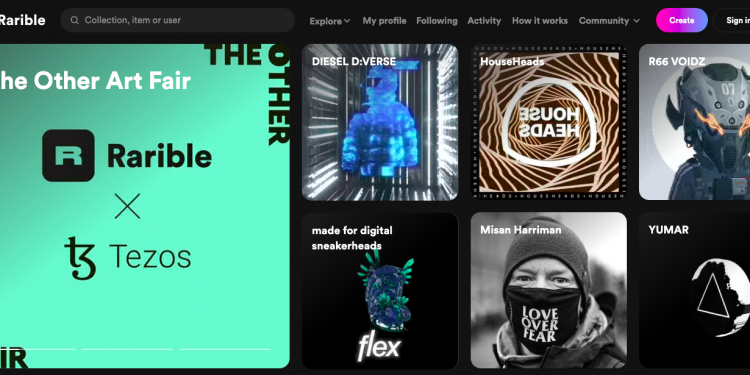 Why is this important?

The NFT market has exploded over the last two years, along with the recognition that there are some roadblocks in the realm. Chief among them high gas fees and system limitations that slow transaction times.

“As a leading NFT protocol and marketplace, Rarible wants to solve issues related to NFT creation and consumption, which will drive their multi-chain vision.”

Rarible has announced a partnership with Polygon Studios, an initiative that supports gaming, NFT, and metaverse projects built on the Ethereum scaling solution, in addition to supporting Polygon NFTs on its platform. As part of the alliance, Polygon Studios will provide marketing and developer support to Rarible.

Support from Polygon Studios could be very beneficial as the protocol continues to evolve into a go-to platform for NFT developers.

In addition to adding Polygon to its platform, Rarible today launched a multi-wallet profile feature for Rarible, allowing users to sign in with up to 20 wallets across different blockchains at the same time.

Users with multiple wallets across various supported ecosystems will no longer have to sign in and out of Rarible when buying and selling NFTs.

“We’ve seen firsthand how inconvenient it is to log in and out of wallets containing collectibles from multiple blockchains,” Falin said. “To help our users, the multi-wallet profile can support collections from any Rarible-supported blockchain in one place, allowing you to access items with a single click.”

Rarible has a lower trading volume than the leading marketplace in the space, OpenSea, but it has also taken a different approach.

The RARI token, which rewards users and gives them a say in governance, is at the heart of the decentralized platform. Rarible has also accelerated its transition to a multi-chain future by supporting multiple platforms.

Furthermore, while Rarible.com is an NFT marketplace, the Rarible Protocol that powers it can be used by other developers to power their own NFT applications.

Rarible added support for NFTs on Tezos in December, a platform popular with digital artists that is gaining traction with brands.

The buzz last  November was that Polygon and Solana were also on Rarible’s roadmap. Solana is currently the second-largest NFT ecosystem, trailing Ethereum by a large margin.

OpenSea now supports Polygon, and while no official plans for Solana have been announced, recent leaks indicate that OpenSea will do so as well.