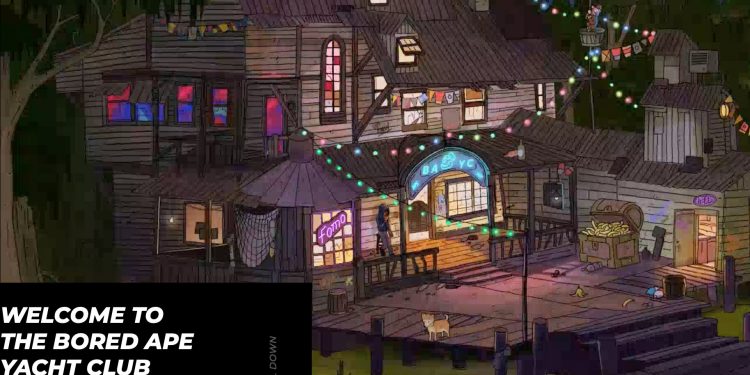 Two months ago, the media (both crypto and mainstream) declared NFTs dead, citing data showing that sales volume had plummeted at the largest NFT sites.

Now the market for blockchain-based digital collectibles (along with the price of Ethereum) has shot up the charts. This rocket is being piloted by one segment of the NFT boom that probably appears particularly weird to skeptics: collections of digital, hat-wearing whales, bored apes, and yes, even cartoon rocks. But the well heeled are eager to gain access to an exclusive club of NFT owners and it is driving prices into the stratosphere.

Degenerate Apes, an NFT series built on Solana rather than Ethereum, helped the protocol reach an all-time high. Don’t forget about DerpyBirbs, Party Penguins, and Wicked Ape Bones, all NFTs that are creating a tidal wave of attention on social media.

Can we sell you an NFT Rock?

Not a fan of digital animals? Two cartoon pet rocks  sold for more than $100,000 each; CryptoPunks, the Bentley of NFTs, have risen to a $100,000 floor, and a collection of Punks sold for $17 million at a Christie’s auction.

When social media marketer Gary Vaynerchuk purchased one Punk for $2.7 million last month, he told Decrypt his message to anyone who thinks it’s a dubious purchase: “I have incredible confidence in this asset. I’m sure people have said the same thing about a Jackson Pollock painting at some point.”

No word on whether anyone asked Gary V why he believes a pixelated punk would rival Pollock’s No. 5.

Why buy when you can view for free?

Many rational people look at the prices for these static digital images and conclude that the entire thing is ridiculous. Count me as a member of that club. Even after explaining the technology behind NFTs, some people just can’t get past the mental barrier of putting such a high price tag on a digital image that others who don’t own it can happily view whenever they want, for free. Indeed, the first NFT wave was littered with obvious celebrity cash grabs.

However, maybe we are overlooking an important aspect of these oddly engaging NFT collections: Popularity-you’re part of the “in” crowd, the people who get it, if you in fact, own one.

People that have the juice to drop a million dollars on a Pudgy Penguin wearing a viking helmet, do so because they don’t want to feel left out when attending a cocktail party sans a digital alter-ego.

Imagine, you’re a member of The Bored Ape Yacht Club

If people question the million dollar purchase price simply tell them you’re now a member of the club.

When you purchase a Bored Ape, you will gain access to the Bored Ape Yacht Club Discord channel, where NBA stars such as LaMelo Ball and Josh Hart hang out and interact with DeFi degens. People who own a Bored Ape, CryptoPunk, or Meebit are so proud of their status that they use it as their Twitter avatar.

Again, the unscrupulous could simply save a million dollars, copy a Bored Ape and no one would know the difference.

See you at the club

Jay Z’s Twitter avatar is now a CryptoPunk, Mike Tyson’s is a Cool Cat, and Ashton Kutcher’s is a Stoner Cat. The NFT PFP (profile pic) has become such a status symbol that a blockchain service has been developed to allow CryptoPunk owners to temporarily rent out their avatar to others for a brief flash of “social signaling.”

And that only scratches the surface of the club-joining opportunities made possible by NFT ownership.

None of this implies that NFTs will last indefinitely. Is anyone old enough to remember Beanie Babies, the world’s first internet obsession?

Bored Apes and the like could still turn out to be a passing fancy. And legitimate concerns abound. The skyrocketing prices for prominent projects are being driven by a small number of wealthy buyers. However, the exclusive club benefits associated with some projects make a strong case that this technology is still in its early stages.

Finally, the most exciting potential use cases for NFTs may not have yet emerged. Perhaps we should resist the urge to dismiss the entire space based on the actions of a few wealthy investors wanting access to an exclusive club.

The Blockchain’s Future Will Be Multichain