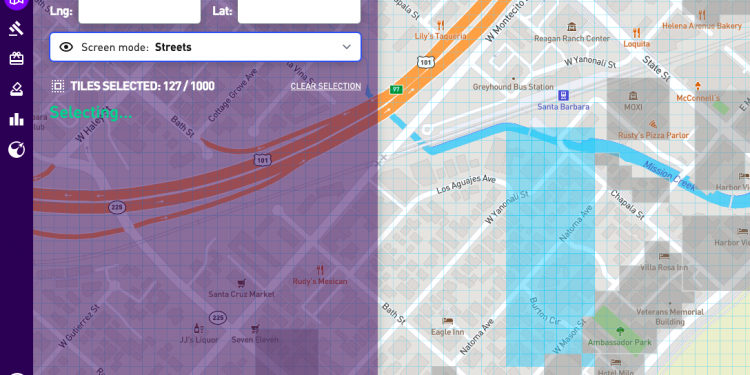 What is the next best thing to buying land on Earth? It could be buying up NFT land parcels on Next Earth. Here is what you should know about buying digital land Next Earth.

The persistent, shared virtual world vision has exploded into the popular consciousness, and the term “metaverse” is now hard to escape-even for those who want to.

A virtual land grab is underway, with non-fungible tokens (NFTs) representing parcels of digital real estate being snapped up for millions of dollars.

It should surprise no one then that major corporations are making moves in the metaverse; Facebook has clumsily rebranded as “metaverse first” company Meta, Microsoft has purchased games company Activision in a $69 billion metaverse transaction, and brands ranging from Walmart to Samsung have entered the digital realm.

A Pushback Against Big Tech

Next Earth is a decentralized metaverse platform pushing back against efforts by legacy tech players to gain a foothold in the virtual world.

“We believe that the metaverse must be something other than Web 2.0,” said Gábor Rétfalvi, co-founder and CEO of metaverse platform Next Earth.

A  Metaverse Monetized By Users Not Corporations

The rapidly expanding Next Earth provides a stark alternative to corporate-controlled metaverses: a decentralized metaverse infrastructure based on the Earth’s digital twin.

That is, unlike other popular virtual land projects, Next Earth’s land tiles aren’t based on arbitrarily scarce virtual territory; instead, each tile represents a 10m x 10m plot of virtual land, corresponding to a real-world location that members of the community can purchase and build on.

“We’re creating the metaverse itself,” Rétfalvi explained in a recent interview. “It’s a democratized, peer-to-peer, and decentralized metaverse, which I believe is especially important given the announcements of Facebook and other major centralized companies entering the metaverse.”

The first to sell out in Next Earth’s virtual land were NFT copies of Manhattan, the most valuable land on the planet. So far, the most expensive resale has been the MET New York, which was resold for $32k with an original mint price of $100.

Popular real-world landmarks such as the Egyptian pyramids, the Colosseum, and Premier League football stadiums are also in high demand. But there’s still plenty to go around.

Next Earth is designed to be versatile, with use-cases ranging from commercial activity to monetizable artwork and entertainment, and there is no rush for specific tiles. “The platform is all about providing a financial incentive,” Rétfalvi explained. “And the way to do that is to own land.” But it doesn’t matter if you have those tiles in the middle of London or in the middle of the desert, because those tiles will be the key to using different features.”

Next Earth’s early pioneers, approximately 30,000 landowners, have already begun populating the tiles with pixelated arts, advertisements, and other items. They aren’t just farming the land tiles; one of the emerging art spaces is built on the water, right around a popular location’s harbor.

VR integration is on the horizon for Next Earth, and there’s plenty more on the way, including NFT skins for gaming, play-to-earn features, a direct fiat (real money) on-ramp, and staking.

Rétfalvi is no novice to the concepts that underpin the metaverse: he’s a seasoned entrepreneur with forays into gaming and VR that predate their integration with crypto and NFTs.

The project combines various aspects of cryptocurrency, such as NFTs, DAOs, and decentralized finance (DeFi), to provide users with an infrastructure on which value can be generated and maximized in a variety of ways.

“For example, I can see a future where you have your land and you can basically get a loan on that land,” Rétfalvi explained. “You have a physical location, and you can virtualize that location and start your own business inside it.”

Next Earth is nascent, with land sale and grassroots community-building efforts. The Next Earth Token, or NXTT, is the next item on the agenda. According to Rétfalvi, the project is built on the low-cost Ethereum layer 2 solution Polygon because Next Earth believes in Ethereum’s long-term viability, but wants to spare users the high gas fees that come with ETH transactions.

NXTT is the native currency of the Next Earth metaverse, which officially launched on January 27; community members secured whitelist spots for the presale beginning January 22 via the Next Earth Launchpad.

To participate in the presale, community members had to own Next Earth NFT land tiles worth at least $100, a measure designed to keep token flippers out who do not believe in the project’s long-term value.

NXTT will be available for purchase on the decentralized exchange (DEX) Uniswap following the token’s launch.

Already, 35% of landowners who are eligible for token presales have completed KYC, while 10% of buyers have committed 410,000 MATIC (worth more than $540,000 at current prices).

Next Earth, in addition to spearheading the battle for a fair metaverse, aims to effect change in the real world; a portion of revenue from every NFT trade is donated to environmentally-conscious causes chosen by the community.

So far, the community has voted to donate over $800,000 from charity coffers to organizations such as The Ocean Cleanup, Amazon Watch, and SEE Turtles.

Next Earth’s future will be in the hands of its community members, who are powered by NFTs and the governance token NXTT.

Rétfalvi stated that the community can come together and shape the direction in whatever way they see fit. While the team will continue to deliver on the roadmap as a governing body for the decentralized metaverse, the true masters will be the community members, particularly those who joined early and have comfortably established their presence.

Next Earth is a vasty interesting project with a real chance of success, if for no other reason than it is eschewing the corporate takeovers and real estate grabs that have seen land prices in other metaverses such as Decentraland and The Sandbox soar out of reach for the average consumer.