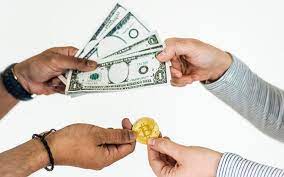 The Attorney General intends to shut down two crypto lenders, which she identified as “unregistered crypto lending platforms.” She has asked three other similar platforms to provide answers regarding their activities immediately.

New York Attorney General (NYAG) Letitia James has announced her intentions to crack down on unregistered cryptocurrency companies. According to the press release, the crypto lending platforms were in contravention of the stipulations of General Business Law § 352 et seq —better known as the “Martin Act.” The law requires lending platforms operating in New York to register with the Office of the Attorney General before offering their products to its residents. The announcement stated:

Ms. James reasons that cryptocurrency lending platforms are “interest-bearing accounts” and therefore must register with the OAG. Even though the Attorney General didn’t specify the affected companies in her press release, the letters had file names that seemed to point to Nexo and Celsius Network as the recipients of cease and desist orders. A Nexo official explained:

“Nexo is not offering its Earn Product and Exchange in New York, so it makes little sense to be receiving a C&D for something we are not offering in NY anyway. But we will engage with the NY AG as this is a clear case of mixing up the letter’s recipients. We use IP-based geoblocking.”

Ms. Letitia specified she had issued five notifications to platforms operating in New York. For some, she gave a cease and desist order, while for others, she requested information before taking further action. She said:

“Cryptocurrency platforms must follow the law, just like everyone else, which is why we are now directing two crypto companies to shut down and forcing three more to answer questions immediately.”

Cryptocurrency lending service providers have had a rough time

The AG also asked for personal data of users with unverified accounts, breakdown of KYC procedures, jurisdictions to which they offer services, and legal documents. Among the 14 demands issued include user/client names, user IDs, date, time, IP addresses, and any other captured client information that could connect from New York.