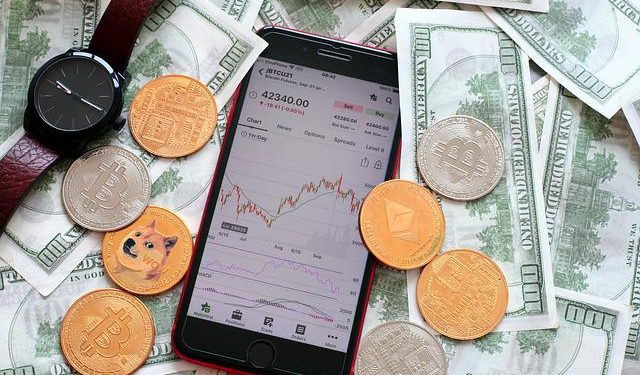 by blockzeit
in Markets
Reading Time: 3 mins read
0
Share on FacebookShare on TwitterShare on LinkedinShare via WhatsappShare via Email

Cryptocurrencies have been drastically affected, which has surprised many investors whose expectations of an upside were relatively high.

It is no secret to anyone that the volatility of cryptocurrencies is their most significant disadvantage. Still, this time it has not been the one that has affected their valuation. External factors have made a difference in the performance of digital currencies so far this year. Although Bitcoin has been linked as a digital asset where users usually shelter their savings to increase their value, it has had the opposite effect. As a result, many havensold their digital assets to convert them into currency and acquire other types of investments that generate value. Visit at: https://www.yuanpay-group.de/

It all started after the economic measures that caused the value of Bitcoin and the other digital currencies available in the financial market to fall at the beginning of the year, continuing this trend to date. This situation, in turn, caused users and investors to start selling their digital assets, generating massive outflows from electronic wallets and leading to the debacle of Bitcoin.

It seems like the beginning of a wave that is taking everything in its path; such is the case of the stable currency TerraUSD, which had a collapse that caused Bitcoin further to decrease its value by more than 10%. This situation has influenced so much that the actions linked to cryptocurrencies have suffered significant falls. So naturally, the companies that handle financial operations with this type of currency are primarily affected. Some of the companies that had losses are BC Technology Group Ltd. and Monex Group Inc. Both listed on the Hong Kong stock exchange had losses of around 8 and 10%, respectively.

The technological ones have not stopped falling. Although the economic measures arise due to inflation, the central banks continue to issue currencies. Instead of stopping, the situation continues to complicate. Digital currencies are in a constant struggle to maintain themselves. As a result, more sales of digital assets are not generated since this, in turn, also contributes to the drop in their price.

Bitcoin investors tend to stick to this type of situation since they are aware of the different scenarios that can arise from the moment they enter this volatile market. Everyone points out that the rise in digital currencies is closer than we imagined; it is just a corrective phase that, when it ends, will leave more than one with the despair that they got rid of their digital assets. Coinbase could be considered one of the companies that handle crypto assets on the stock market that has been most affected to the point that they have modified their conditions in the event of bankruptcy. A rather delicate topic since the drops in Bitcoin was never expected in such a sudden way.

Changes in trends could improve the situation

In the last sessions of the digital market, relatively positive changes have been seen for the users of cryptocurrencies since they have originated, although in a small proportion, upward changes. Although we have also seen how the stablecoins are linked to the dollar price with the promise that at least this reduces the risk of investing with cryptocurrencies. What was not expected is that these coins also plummeted even up to 20% of their value.

The digital market has gained many users and investors, which in these difficult times could represent the salvation of digital currencies since the blows it has received have been from factors unrelated to its normal development. It is there where the position of many investors is waiting for a change in trend since a trend does not usually last a lifetime; it is there where everyone who has not sold their crypto assets will recover significantly. We may be in a corrective phase where economic and social standards are not optimal for investing. Still, even so, people continue to invest in financial assets.

The free fluctuation between supply and demand may surprise us. However, the digital market will begin to stabilize, reaching all-time highs that could be close to $70,000.

The millionaire losses that this digital market has generated for retail users represent a catastrophe since their savings have been arranged to create returns in a short time. Time in the financial markets represents gains and losses; it all depends on the response given by users and the general behavior of digital currencies in a market so volatile.

How The First Crypto Embargo Was Executed

Cryptocurrencies as financial instruments of the digital market have had thousands of views since they were created. Still, unfortunately, many...