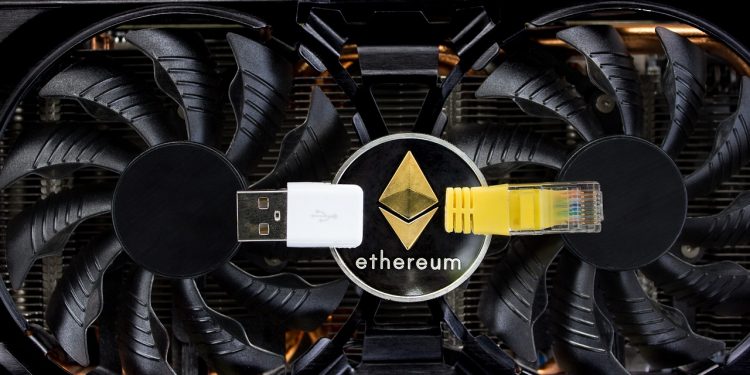 The allure of cryptocurrency networks such as Bitcoin is that anyone can participate in the field of crypto mining. Indeed, two siblings revealed that they earn more than $30K per month mining digital assets.

A 14- and 9-year-old brother and sister duo have recently made headlines for explaining how they are raking in $30,000 per month mining crypto assets.

During the summer, Aanya Thakur, 9, along with 14-year-old brother Ishaan mined three types of cryptocurrency because they “wanted to learn something new about technology – and also make some money along the way.” The kids were recently featured in a CNBC report profiling entrepreneurs.

The Thakur siblings claim to mine bitcoin (BTC), ethereum (ETH), and ravencoin (RVN). YouTube videos taught Ishaan how to convert his Alienware computer into a mining rig, and the siblings initially mined Ethereum. “Mining for cryptocurrency is similar to mining for gold or diamonds.”

Ishaan and Aanya were so interested in mining that they founded Flifer Technologies with the help of their father. “We liked it so much that we began adding more processors and made $1,000 in our first month,” Ishaan explained.

Soon after, they were buying new equipment, like ASIC Antminers and Nvidia RTX 3080-Ti GPUs.

According to Ishan “We can process slightly more than 10 billion Ethereum algorithms per second.”

That’s a lot of computing power and no mention is made as to what their electricity bill is per month but crunching numbers like that isn’t cheap.

Raj, the duo’s father, did assist in getting the team started and took out a loan to allow the brother and sister team to grow. The Thakur siblings’ story follows the story of the 12-year-old Weird Whales NFT creator who made a few hundred thousand dollars in ether selling his NFT collection.

Not your traditional lemonade stand

A number of young people have ventured into the world of cryptocurrencies at a young age. A 15-year-old security researcher shared a Ledger hardware wallet exploit he discovered in 2018. A 14-year-old programmer created an uncensorable voting platform.

The Texas brothers and sisters who founded Flifer Technologies explained that they mine cryptocurrency using “100% renewable energy.”

“We moved my desk to the garage because the house was getting too hot and noisy,” the Thakur siblings explained. They soon moved the operation out of the garage and into a downtown Dallas data center.

While the brother-sister team claim to be making $30,000 a month, between electricity bills and the rent paid to a professional grade data center, one would think that their overhead is significant. The aforementioned Nvidia rigs cost in excess of $5,000 each (and they have 40 of them), so these kids either have deep pockets or a rich father.

What do you think of these minor miners? Does this inspire you to put your kids to work mining crypto in their bedrooms or perhaps doing it yourself? Leave us a comment below.