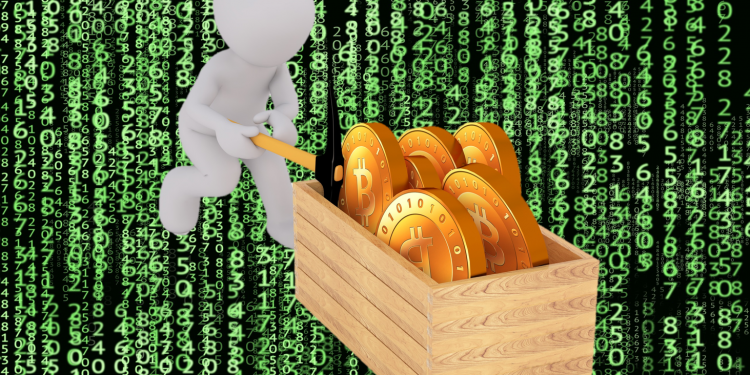 Recently, billionaire Michael Saylor lead a Twitter Spaces discussion in which he opened up about some details regarding the Bitcoin mining council. And there were some juicy details in the Twitter Spaces chat which Saylor hosted that should wet the appetite of any Bitcoin holder.

According to an article from Coindesk.com:

“NLW argues that what’s clear from the session is that Saylor is focused on scaling Bitcoin from a $1 trillion asset to a $100 trillion network and fighting anything that stands in the way.”

Michael Saylor differs from Elon Musk in many ways. He is much more serious about cryptocurrency, and he has the intention of sending Bitcoin to the moon either for his own profit or for bringing humanity a better alternative than the traditional financial system.

The story about Musk and crypto

While many saw Elon Musk as an appointed leader in crypto back in late January, after he changed his Twitter profile logo to a Bitcoin logo and tweeted: “It was invitable.” Many fans of Musk and crypto cheered on Elon’s involvement in Bitcoin. But it turned out to be a turbulent ride for the following months. Over time Elon’s crypto related tweets became more strange while he made many Tweets about Dogecoin and not Bitcoin. Then in May, Musk disappointed the entire Bitcoin and crypto community. Elon Musk said Tesla would no longer accept Bitcoin as payments due to unclean energy used in Bitcoin mining. It was then Michael Saylor who came to the rescue and started the Bitcoin mining council. While Saylor attempted to bring Elon onto the council, Elon failed to participate to a significant degree. Still, Saylor is leading the charge in hopes that soon Bitcoin mining can be done completely on clean energy.

What is the Bitcoin mining council?

The Bitcoin mining council is an effort to bring clean energy into Bitcoin mining. And Michael Saylor is leading the charge in this initiative. On Wednesday night, Saylor hosted a 90 minute Twitter spaces open to the entire Twitter community. The cool thing about Saylor’s initiative is that he has made the movement quite transparent as demonstrated while he hosted this discussion.

Wall Street veteran and well known Bitcoin investor Caitlin Long asked many of the questions to Saylor during the 90 minute call. According to the report on the call from Coindesk.com. In one question, Long asked:

“Are public companies who put Bitcoin on their balance sheets actually good for Bitcoin, or does it created strange incentives and new risks?

Michael Saylor responded that he does not believe so. He does not doubt the future of Bitcoin one bit. As said in the quote above, Saylor believes that one day Bitcoin will be a 100 trillion dollar asset. This is a 100X from here meaning that if Saylor is right, the price of Bitcoin will one day be almost $4 million per coin. This is of course highly speculative, and no one can say this for certain. But when a billion speaks so highly about a particular asset such as Bitcoin, it means that there could be big thing in store for the future.

If you enjoyed this article, you might also want to check out President Biden Wants To Work With Russia To End Ransomware.

These 4 Blockchain Companies Are A Threat To Big Tech