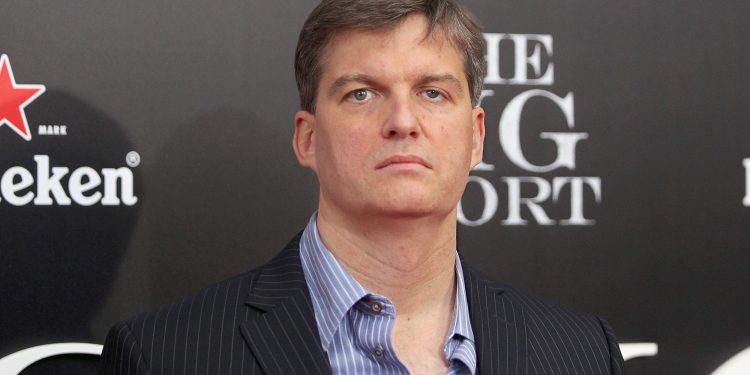 by Rickie Sebastian Sanchez
in Investing
Reading Time: 3 mins read
0
Share on FacebookShare on TwitterShare on LinkedinShare via WhatsappShare via Email

Burry believes that the current level of inflation has reached its peak, but it will not be the final peak of this cycle.

Michael Burry, an investor who gained notoriety for predicting the collapse of the U.S. housing bubble before the 2008 financial crisis, recently claimed on social media that inflation has peaked but will rise again as part of the same cycle once the economy slows down and the U.S. Federal Reserve takes action to stimulate a depressed economy.

The macro condition on traditional markets was the primary reason 2022 was not the best year for the financial markets. U.S. financial regulators were forced to approve a harsher monetary policy in response to rising inflation, which stifled all risk-on investment tools and dragged crypto markets down. Michael Burry anticipates no changes in the year 2023.

Burry had already issued a warning in September of 2022, predicting further turmoil for the stock market and stating that “we have not touched bottom yet.” His company sold all of its equity exposure during the second quarter of the previous year, with the exception of one company.

Who is Michael Burry and why is he significant?

Michael James Burry is both a neurology specialist and an American investor who created the hedge fund Scion Capital in 2000.  Among investors, he is best recognized for being one of the few who forecast the subprime mortgage crisis that lasted from 2007 to 2010. By trading Collateralized Debt Obligation (CDOs), he shorted the mortgage bond market in 2007 and earned a profit of $100 million for himself and $700 million for his investors. He closed Scion Capital in 2008 to concentrate on his personal interests. In 2011, he founded Scion Asset Management, a private investment company he still manages today with headquarters in Silicon Valley’s Saratoga, California.

How will crypto markets react?

Market watchers believe that a recession will occur in 2023. If a recession were to emerge, the financial markets in different asset classes would almost certainly drop even further until investors could get a better idea of the duration and severity of any potential future economic slowdown.

As a result of the instability that occurred in the financial markets in 2022, it left us emotionally traumatized. When circumstances are tough and individuals are hesitant to make financial commitments, this is the perfect moment to amass assets such as buying stocks, cryptocurrency, or real estate. Nevertheless, due to the fact that investing involves taking risks, you are responsible for conducting your own research.

Calvaria Hits $2.5 Million In The Presale