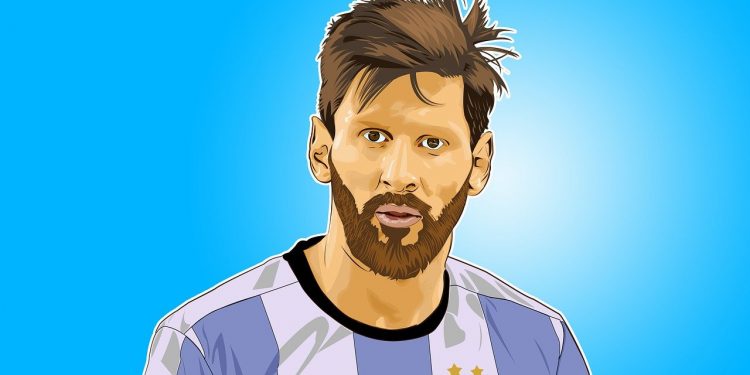 Messi to PSG: Cryptocurrency Fan Tokens Part Of The Deal

by Jay Speakman
in Trends
Reading Time: 3 mins read
0
Share on FacebookShare on TwitterShare on LinkedinShare via WhatsappShare via Email

Lionel Messi, among the world’s most famous soccer players and second highest-paid athlete, will receive cryptocurrency tokens as part of his new transfer agreement with the prestigious Paris Saint-Germain (PSG) soccer club.

Messi is leaving Barcelona at the end of an era, having spent his entire professional career in the Spanish league, which spanned 16 seasons.

‘The GOAT’ is now solidifying his legacy on the blockchain after racking up just about every distinction a soccer player could conceive, including a record six Ballon d’Or titles and 750 career goals, among many others.

Following the news of Messi’s transfer from Barcelona, PSG noted that as part of his two-year signing contract, Messi received PSG fan tokens. This is the first time the team has paid with fan tokens as part of a significant agreement.

A token of support

The team’s fan token, according to PSG, will assist to unify millions of fans around the world.

“The inclusion of ‘$PSG Fan Tokens’ in the player package establishes an immediate connection with the community of millions of fans worldwide. This effort strengthens Paris Saint-reputation Germain’s as one of the world’s most innovative and avant-garde sports brands.”

PSG was the first sports brand in history to collaborate with fan token maker Socios.com to investigate blockchain integration with the squad in 2018. PSG believes that fan tokens will present fans with a one-of-a-kind opportunity to interact with the club.

It’s all about the fans

PSG further elaborated on the importance they (and other sports teams) place on fan tokens. “People may choose the message displayed on the locker room wall to stimulate players before a crucial match, vote for the Goal of the Season, or even designate the end-of-season prize winners, wherever they are in the world. Supporters also received customised video messages from the club’s players via the platform… and many more surprises are in the works over the next weeks and months.”

Real Madrid, Juventus and AC Milan are among many teams (and many sports) that have agreements in place with Socios.

Between his on-field compensation and outside partnership deals, Messi has earned more than $130,000,000 in 2021, making him the world’s second-highest paid athlete, trailing only mixed martial arts superstar Conor McGregor.

The excitement of new players joining PSG had the team’s fan token skyrocketing, with trading volumes reaching $1.2 billion just days before Messi’s arrival. $PSG has more than doubled in price in the last week, reaching a recent high of $58.04.

PSG has a market capitalization of $120.4 million and a trading volume of $377 million in a 24-hour period. According to CoinGecko, PSG is currently trading at $44.90.

Vietnam is First among 27 Leading Countries in Cryptocurrency Adoption