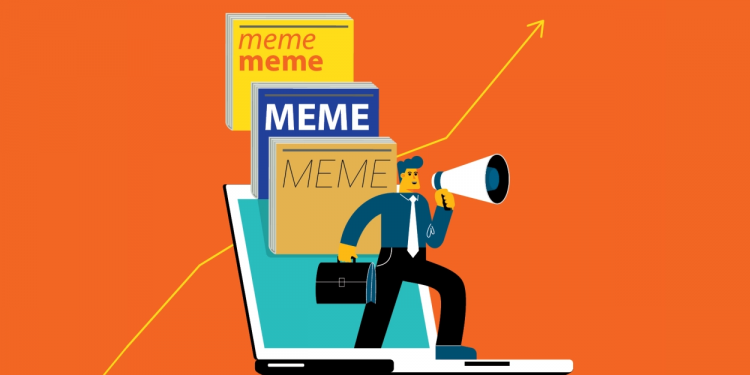 by Vincent Munene
in Investing
Reading Time: 5 mins read
0
Share on FacebookShare on TwitterShare on LinkedinShare via WhatsappShare via Email

Memes have been a uniting factor for the social internet for a while now. The rise of Pepe the Frog as a meme was embraced with much love by the crypto community and Pepe became an icon in the CT space. The need to socialize and still remain in crypto gave rise to Dogecoin, one of the first generation cryptocurrencies that has survived to date.

However, social cryptocurrencies without utility have proven to be seasonal and tend to fade away with time. To avoid similar fates for their meme projects, developers are now looking to build into MemeFi. Let’s dive in.

What is Meme Finance?

Meme Finance, A.K.A MemeFi is a form of crypto investment asset class that combines DeFi and Memecoins. Memes do a great job of bringing people together while DeFi does an exemplary job at empowering people through providing opportunities to invest and earn passive income.

Over the years, there have been several projects that tried to venture into MemeFi but with little success. The main obstacle was yield. In the spirit of providing lucrative returns for their investors, those meme projects would allow high emissions that resulted in APRs upwards of 500%. This was not sustainable in the long terms and most of them would fall shortly after launching.

This major problem led to the now-gaining-fame DeFi narrative of Real Yields. MemeFi projects launching right now are only focused on longevity and relevance and hence have settled for giving investors lower but consistent yields.

To understand more about Real Yields, read our article on What is Real Yield? 5 Best Protocols to Earn Real Yield in 2023.

3 Best MemeFi Projects to Check Out in 2022 and Beyond

If you need some passive income while having fun on-chain, then here are the best MemeFi tokens to invest in on the Arbitrum blockchain.

Perp Inu is a Meme Finance project built on arbitrum. The devel[ers have packaged it as ‘the essential toolbox for everyone’. It offers a new way of interacting with the Arbitrum ecosystem by combining fun, utility and decentralization.

The Perp Inu community thrives on sharing memes related to the project. The memes bring the community closer together, giving each member a sense of belonging.

Additionally Perp Inu is developing  a suite of tools to enable the everyday trader and crypto investor to navigate the crypto world easily. One of the first tools to be built it PerpiLock

Moreover, PERPI holders who stake their tokens will receive real yield from fees generated by the suite of Perp Inu tools.

Leverage Inu is another Meme Finance project that exists on the Arbitrum chain. It is a simple, yet rewarding MemeFi project with a total supply of 1,000,000 tokens. 30% of these tokens have already been burnt.

LEVI, the native token of the Leverage Inu ecosystem can be used to access a barrage of incentives from the project. Every trade buy/sell trade on Uniswap results in a 1% fee that is sent to the project treasury. From the total fees collected, 75% used to farm yield on GMX, a Tier-1 decentralized perpetual exchange on Arbitrum. The remaining 25% is used to leverage trade on decentralized perpetual exchanges such as Buffer Finance, GMX and others.

Profits accruing from these investments are then divided among holders of the LEVI token in form of ETH.

The project has been very successful at first. Less than two months since it started, it already has over 29,000 GLP holdings and has distributed $1300 to holders. This constitutes a modest 3% APR which is estimated to increase as the GLP holding and trades become more successful.

Advertised as the fairest meme token on Arbitrum, DTrump Inu is a meme finance project inspired by Donald J. Trump, the 45th President of the United States. Trump showed resilience in times of much uncertainty and stood his ground when Mainstream Media tried to tarnish his name and send him to prison. His courage inspired some developers somewhere to create a token that is both a meme and a financial product.

DTrump Inu brings a new concept – MemeEconomy – to existence in which it rewards users that contribute to the DTump ecosystem. DTrump aims to build a DEX perpetual exchange in the future from which fees collected will be distributed to DTRUMP stakers at a consistent rate A.K.A Real Yield.

Of the projects featured in this article, LeverageInu is by far the most advanced in terms of roadmap and actual work. The rest are still in their development phases and may have not yet started collecting fees from their products. Perp Inu is also a step ahead since their PerpiLock is now a working product.

These are just some of the MemeFi projects with the highest Twitter engagement. There is no doubt that there are many more that are yet to surface. Be careful when investing in meme tokens as the risk of rug pulls or developers abandoning the project is more real here than in other projects. Always do your research before you invest in any crypto project.