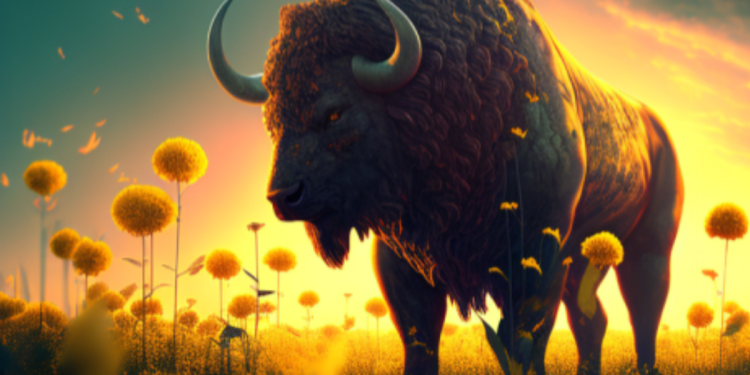 Bitcoin faced resistance at a local level as the Department of Justice announced a crackdown on cryptocurrency-related crimes. The asset had been ripping through the chart and touched a high of $21k before encountering the resistance.

Can Bitcoin break through this resistance or is it the end of the road for now?

Last week’s analysis saw Bitcoin at $18,867. The asset had just broken out of the humongous descending triangle and no one was sure whether it was real or a fakeout. Subsequently, we confirmed that the pump could not be trusted since it was highly manipulated.

From all angles, there is no reason why BTC should be going up. We pointed out a few reasons including:

Our stance on Bitcoin has not changed. While everyone is longing Bitcoin, we are watching from the sidelines, expecting a massive crypto crash soon.

Bitcoin is facing overhead resistance at the $21k level. It has tried to break through three times before in the last five months.

The asset broke out of the large descending triangle in a series of aggressive moves that sent a signal to many investors and traders that the bear season was over. If Bitcoin breaks through this resistance, it will rise to $25,000 pretty quickly.

Apart from the local resistance at $20-$21k, BTC encountered some unexpected sell pressure yesterday after the Department of Justice scheduled a press briefing about crypto. Everyone in the space was anxious about what the government agency had to say about the industry.

In the press briefing, the DOJ and FBI revealed that they had shut down and opened investigations on Bitzlato, a cryptocurrency exchange.

Anatoly Legkodymov, the 40- year Russian founder of the exchange is facing criminal charges including unlicensed money transfers. The depute Attorney General of the U.S. said they will work with other global law enforcement agencies to make sure criminals do not use crypto to fund their activity.

The DOJ mainly took down Bitzlato because it was being used by Russia to circumvent the economic sanctions imposed on it by the United States. It was also reported that the final destination of some of the funds on Bitzlato was Binance.

The tension on crypto continues to mount as the series of events taking place point to a potential market collapse sometime in the future.

DISCLAIMER: The work included in this article is based on current events, technical charts, company news releases, and the author’s opinions. It may contain errors, and you shouldn’t make any investment decisions based solely on what you read here.

Who’s Who in the Crypto Industry: Exchanges, Miners, and Developers

Bitcoin has recently seen a significant price increase, breaking out from a period of relative consolidation. While this sudden jump...