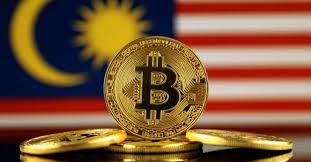 Malaysia’s Communication and Multimedia Ministry has proposed that digital currencies like Bitcoin be adopted as legal tender to help the younger generation who are active users of the currency, especially on NFT platforms. The Deputy minister Zahidi Zainul Abidin told Parliament on Monday, March 21, in reply to a supplementary question from Syed Ibrahim Syed Noh (Ledang-PH) on the government’s stand on trading on NFT platforms which are becoming more popular, especially among the younger generation.

According to the report on Bloomberg, the Deputy Minister said the ministry would look into ways to increase the youth’s involvement in digital currencies as it is the future of finance. He stated:

“We hope the government can allow and legalize this to increase the youth’s uptake of cryptocurrencies […]; we are trying to see how we can legalize this so that we can develop youth participation in crypto and assist them.”

According to publication Focus Malaysia, cryptocurrency adoption is on the rise in the country, with digital asset ownership being well above the global average of 15.5%, thus ranking it seventh out of the 27 countries included in the Finder’s latest Cryptocurrency Adoption Index.

Bitcoin is Malaysia’s most popular cryptocurrency

Bitcoin is Malaysia’s most popular cryptocurrency, with 34.9% of Malaysian crypto owners owning the coin. The second most popular coin is Ripple at 23.1%, while Ethereum is third at 20.5%. According to cryptocurrency editor at Finder.com Keegan Francis, crypto awareness is relatively high among Malaysians compared to their global counterparts. He stated:

Global crypto population increased by 178% in 2021

A recent report by Singapore-based cryptocurrency exchange App Crypto.com showed at least 300 million cryptocurrency owners globally as of January 2022. The report titled “2021 Crypto Market Sizing Report & 2022 Forecast” noted that it expected global crypto owners to reach one billion by the end-2022. The report said the global crypto population increased by 178% in 2021, rising from 106 million in January to 295 million in December. Adding that crypto adoption was remarkable in the first half of 2021, the report highlighted:

“Heavyweight institutions, such as Tesla and Mastercard, took steps to embrace cryptocurrency […] in the second half of 2021, traction slowed, while adoption rates were maintained well above the previous year’s benchmark. In summary, crypto adoption continued to grow sustainably throughout 2021.”