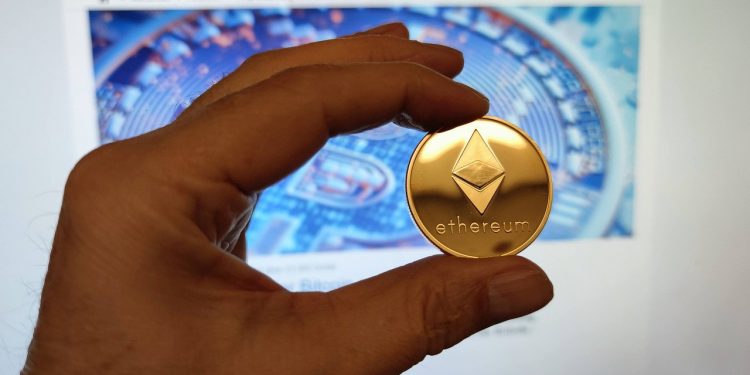 EIP 1559 is finally live on all three Ethereum testnets according to Ethereum developer Tim Beiko.

EIP 1559 release is launching a base fee framework with EIP1550. This acts as the lowest possible fee needed for a transaction to be added in a block. Base fees are determined per block. This means base fees will vary in accordance with how crowded Ethereum system is.

“You’ll see a transition of people who want to store wealth, doing it in (Ether) rather than just Bitcoin.”

As you might know, EIP 1559 is not the only Ethereum upgrade coming. Ethereum 2.0 upgrades will be continually released up until some time in 2022. Some of these Ethereum upgrades include The Beacon Chain which is already live and The Merge which is still set to be released at some point this year. The Merge means that the Ethereum mainnet network will merge with the Beacon Chain and Ethereum will become a proof of stake network. However, last but not least is the Shard Chains. update. Sharding will allow the Ethereum network to process transactions faster.

While some say that Ethereum 2.0 will make layer 2 solutions not needed, this is not the case. According to finematics.com:

Not really, even with sharding Ethereum will still need Layer 2 scaling to be able to handle hundreds of thousands or even millions of transactions per second in the future.

Now that EIP 1559 will soon be launched, this signifies that Ethereum 2.0 upgrades will be released as promised. While many have been patient, it has been tough to use the Ethereum network in many capacities. At times, the network is not usable to people who can’t afford gas fees as high as $400 a transaction.

Some say EIP1559 will make Ethereum a deflationary asset because they will burn the base fees instead of allowing miners to collect them.

It’s possible Ethereum will outperform Bitcoin in the future. Cardano founder Charles Hoskinson spoke highly of the Ethereum network and their constant work to make the Ethereum mainnet faster and more energy efficient. Bitcoin on the other hand will not attempt to improve their proof of work algorithm or adopt to a proof of stake. Hoskinson said:

“If I had to bet between just those two systems, I’d say nine times out of ten Ethereum is going to win the fight against Bitcoin.”

This doesn’t mean though that the future of Bitcoin is not bullish. Many financial experts think Bitcoin has a big future in front of it. Dan Morehead believes that the price of Bitcoin will be close to $100,000 by the end of the year.

If you enjoyed this article, you might also want to read one of our latest articles about what Bank America has to say about El Salvador.

The underlying notion of the Fat protocol thesis on blockchain technology is that it allows the protocol layer to accrue...