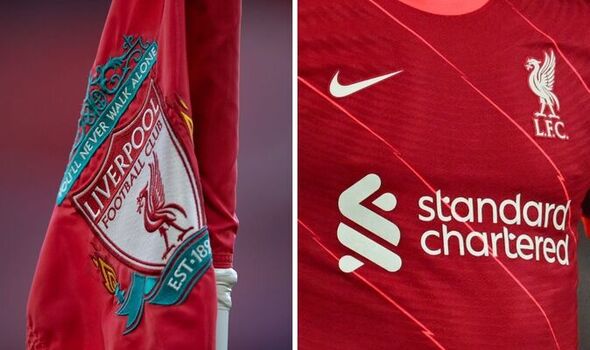 The English Premier League club is currently negotiating with an unnamed crypto firm whose name it plans to feature on their jerseys from 2023.

English soccer giant Liverpool FC is reportedly in talks with an unnamed cryptocurrency firm regarding a shirt sponsorship deal. The club needs a replacement since its £160m four-year sponsorship with Standard Chartered expires at the end of the 2022/2023 season.

A report in The Athletic says if the club manages to ink the deal, it could become the first Premier League club to sign a cryptocurrency firm as their main shirt sponsor in 2023. Liverpool is seeking a better deal that would help them improve their stadium, squad, and training facilities in the upcoming years.

According to the report, the contract that the “Reds” are seeking is worth over £70m annually for two years, which is what the yet-to-be-named crypto firm is willing to offer. The outcome of the tripartite negotiations between Liverpool, Standard Chartered, and the unnamed crypto investor could be made public within the next couple of months.

Should the Premier League side decide to accept the deal with this innovative agreement, it will officially make Liverpool FC the first club to have a crypto company featured as a sponsor on their jerseys.

Several other Premier League teams have sponsorship deals with different cryptocurrency firms, but none have crypto firms as their main shirt sponsors. Currently, six clubs have contracts with Socios to sell “fan engagement tokens.” These clubs are Arsenal, Aston Villa, Crystal Palace, Everton, Leeds United, and Manchester City. In March, the club negotiated with crypto firms after launching its non-fungible tokens (NFTs).

Cryptocurrency exchange Crypto.com grabbed the headlines recently when it inked a deal with FIFA. The digital asset exchange signed a sponsorship deal with the world’s football governing body to become the official cryptocurrency trading sponsor of FIFA World Cup Qatar 2022.

The FIFA world cup remains among the most significant sporting events globally and is viewed by millions. Crypto.com believes its deal with FIFA for the Nov/Dec 2022 World Cup will boost its brand exposure. Such a big event is a perfect fit for any company seeking to increase its brand awareness.

Liverpool’s hope to finalize the title sponsor agreement in the few weeks comes hot on the heels of the club’s controversial launch of its series of NFTs in April. The club raised over £1 million from sales of its first NFT collection even though 95 percent of available tokens went unsold. The Athletic Report said:

“Fans were consulted about the NFT sales […] but it is understood the possibility of Liverpool partnering with a crypto sponsor has not yet been discussed with supporters.”

Impermanent Loss in DeFi and How you Can Reduce its Impact

Meta to Open a Metaverse-Themed Store in San Francisco Bay

Quixotic, an NFT marketplace, announced in a tweet that they were launching their platform on Optimism. This comes a few...

Loopring: A Protocol for Decentralized Exchanges and Payments

Loopring is an Ethereum tool for decentralized exchanges and payments. Founded in 2017 by former Google software engineer Daniel Wang,...