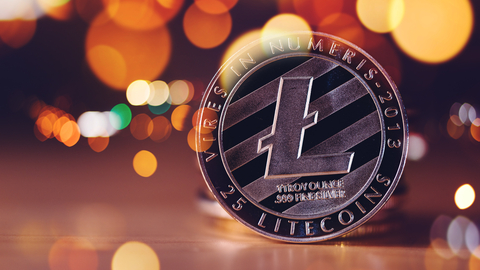 Litecoin Rips Past All Time High: What Comes Next?

by Aaron Moses
in Markets
Reading Time: 3 mins read
0
Share on FacebookShare on TwitterShare on LinkedinShare via WhatsappShare via Email

While Ethereum has been stealing the spotlight now surpassing $4,000 in price, Litecoin made a big leap forward Monday and set a new record high above $400. It made an increase of approximately 13% in just twenty four hours. This is a huge move from a coin with a market cap as big as Litecoin’s.

Litecoin was founded back in 2011 by an ex google engineer named Charlie Lee. It’s one of the oldest cryptocurrencies in the market being created more than two years before Ethereum was launched. Litecoin shares a lot of similarities with it’s predecessor, Bitcoin. The founder of Litecoin was inspired by Bitcoin’s decentralized structure. Litecoin also uses a proof of work network like Bitcoin. Meaning, Litecoin transactions wouldn’t be possible without miners who have advanced computers in big warehouses that use lot’s of electricity.

Litecoin can be purchased on almost all centralized exchanges including Coinbase, Binance, Kraken, and Kucoin.

Sean Williams, the author of a 2018 article titled, It’s Just a Matter of Time Before Litecoin Overtakes Bitcoin, said,

“Though Litecoin is often described as “bitcoin-Lite,” and is considered to be in cooperation not competition with bitcoin, it most definitely has the tools to push aside bitcoin and become the go-to medium of exchange for digital currency users.”

According to Williams, Litecoins ability to process transaction topples Bitcoin. In addition he says that Litcoin’s greater network capabilities mean much lower transaction fees than trading Bitcoin. Williams believed that because Litecoin was a better developed version of Bitcoin, it would only be a matter of time until one day it took it’s crown at the number one cryptocurrency.

However, fast forward to today and Litcoin’s market cap is more than thirty times away from being has high as Bitcoin’s. It doesn’t look likely that Litecoin will ever dethrone Bitcoin. It will more likely be Ethereum if anything. But this doesn’t mean Litcoin is going away any time soon. One analyst on Twitter believes that more than likely, we will see Litecoin break $1000 before long.

So, even though Litecoin isn’t going to be number #1 doesn’t mean that it can’t stay in the top 10. If Litecoin reaches $1000 that’s almost a 1000x from the price in 2015 which is great news for long term holders of Litcoin.

While Litecoin has been ripping to newly charted price territories, some analysts predict we could see a pullback before Litecoin makes the next leg up. Regardless of what happens in the short term though, it’s likely that Litecoin will continue to be a big player in the crypto market.

This article is not financial advice. Cryptocurrencies are highly volatile assets. Please always do your own research before purchasing crypto.

If you liked this article you might also like: Cardano (ADA) Is On Fire: To The Moon And Beyond

What Is Polkadot? Everything You Need to Know