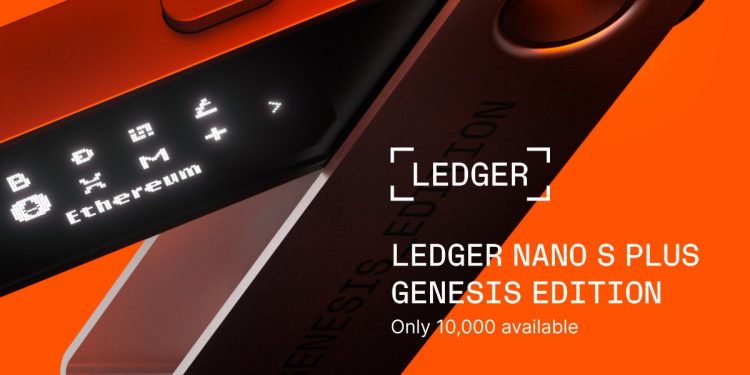 Ledger Unveils NFT-Focused Hardware Wallet as it Partners with POAP

The company announced its “Genesis Edition” will have a limited supply of 10,000 devices available for pre-order.

Leading hardware wallet company Ledger has launched a limited edition of a brand new hardware wallet. As per the announcement, there will only be 10,000 Ledger Nano S Plus units available at pre-order for $79. The firm has also entered a global partnership with Ethereum-based Proof of Attendance Protocol, or POAP.

Also known as digital memories of NFTs, POAPs show other users proof of engagement and attendance at key times. Ethereum co-founder Vitalik Buterin said there was a need to make NFTs soul-bound to enable proof of success in January. Commenting on the development, POAP CEO Lucas Verra stated:

“Securing and protecting your digital memories, like as the POAP you may collect with your Ledger Nano S Plus, is essential for anyone developing a lifelong collection.”

The Genesis edition of the Ledger Nano S Plus will feature a unique engraving. Each package will also include a card redeemable for a Genesis POAP NFT, allowing users to keep proof of this exclusive hardware wallet in their digital wallets.

Accordingly, POAP will also create special edition NFTs for Ledger events in the future. Talking about the new development, the Head of Experience at Ledger, Ian Rogers, stated:

“This partnership with POAP and the launch of the affordable Ledger Nano S Plus Genesis Edition marks the recognition that digital assets will only increase as a tool for life experiences, and we want to bring millions of them to life. ‘Others safely on Web3, as it happens.”

The Ledger Nano S Plus will accept a wide range of digital assets, including over 5,500 coins and tokens, as well as NFTs.

Ukraine has received well over $88 million in cryptocurrency donations alone

Meanwhile, The Bored Ape Yacht Club (BAYC) NFT collection announced Tuesday that it donated $1 million to the country of Ukraine’s official Ethereum wallet address. According to information shared on the NFT collection’s Twitter account and an Etherscan transaction link, a total of 388.999 ETH worth over $1 million was sent after being inspired by its community members’ contributions.

The BAYC donation to Ukraine comes after several other Web3 communities—from DAOs to meme coin holders to NFT collections—announced projects and initiatives centered around contributing to Ukraine relief.

To date, Ukraine has received well over $88 million in cryptocurrency donations alone, according to data collated by Merkle Science, and the government currently has about $7 million in Ethereum in its wallet.

How to Invest in Music NFTs

The Role of Social Media in the Sale of NFTs

Social media has a vital role in determining the popularity of assets and the NFT market is replete with examples...