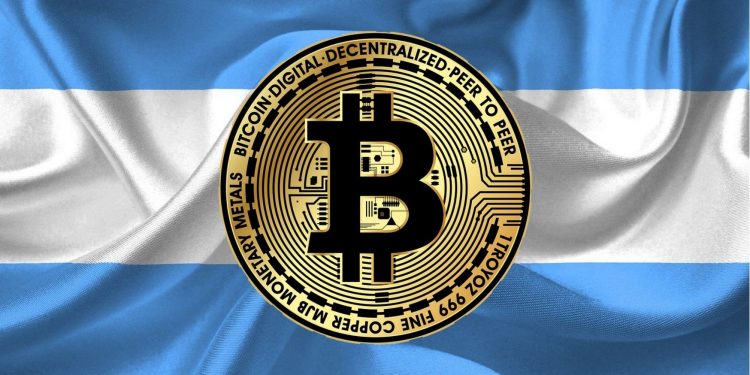 Lawmaker In Argentina Proposes Bill To Pay Workers In Crypto

A congressman in the Argentine National Congress has created a bill that would facilitate certain types of workers domestically to be paid in crypto.

“I presented a bill so that workers in a dependency relationship and exporters of services have the option of receiving their full or partial salary in cryptocurrencies. “

“The idea is that they can strengthen their autonomy and conserve the purchasing power of their remuneration.”

Ramon believes in the future of cryptocurrencies and believes that employees should have the option to be paid in digital currencies. Ramón also believes that paying employees in crypto creates automation in wages without sacrificing the financial safety to employees.

Will this bill be passed to allow employees to be paid in crypto?

Before the bill can be put into law it first has to be voted by the Argentine Chamber of Deputies. It will then be presented before the President, Alberto Fernández, to sign. The region in Argentina which Ramón represents, Mendoza, is also served by ten other congressman. In Argentina there are 257 members of congress and 72 members of the senate.

If you’ve been following crypto news within the past few weeks, then you’ll know that this is only one item in a series of legal procedures which support the adoption of digital currencies. El Salvador facilitating Bitcoin as legal tender was a big inspiration to leaders in other countries throughout the continent. El Salvador’s new law for Bitcoin as legal tender will be realized on September 7th when it is officially carried through into law. In addition to El Salvador, lawmakers in Brazil and Panama have also expressed interest in pursuing legal adoption of crypto.

In a tweet posted at the beginning of June, Panamanian congressman Gabriel Silva said:

“Panama cannot be left behind. If we want to be a true technology and entrepreneurship hub, we have to support cryptocurrencies.”

Many other politicians in countries like Paraguay also showed support for legal adoption of cryptocurrencies. Just last week Paraguay announced that they will have a big announcement concerning cryptocurrencies soon.

If the bill to pay workers. passes in Argentina, employees will have the choice of whether or not they wish to be paid in crypto or fiat. This would be another big step towards. mass adoption for cryptocurrencies.

Because of the diminution of the Argentinian Peso, many in Argentina, especially young people, have turned to crypto as an alternative. And the use of crypto in the country is continuing to thrive. However, tax authorities in the country are preparing to ensure they collect all crypto taxes. In May, Argentina’s Federal Administration of Public Income demanded that all domestic crypto exchanges supply on-going information of all activities performed on their platforms.

If you enjoyed this article, you might also want to read: El Salvador becoming the first country to accept Bitcoin as legal tender.

Vladimir Putin Cautious about Cryptocurrencies, but Admits They May Have a Future

The new German coalition has explicitly mentioned blockchain and cryptocurrencies in its coalition agreement. The alliance aims to make the...

Ukraine's Ministry of Digital Transformation has drafted legislation to legalize cryptocurrency. The bill has cleared a significant hurdle on its...