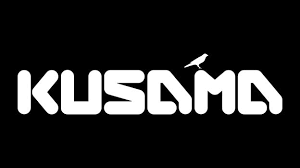 KSM is the native cryptocurrency of the Kusama Network. Image: Kusama

This quick guide will explain the basics of Kusama, a proof of concept for Polkadot, a cryptographic protocol. Kusama supports both private and public blockchains and a network of oracles. This makes it a promising token that may be a good investment for early investors.

Kusama is a proof of concept for Polkadot

If you’ve ever wanted to use a blockchain to build projects, you might have come across the Kusama network. This proof of concept enables you to quickly develop new ideas and test them with a minimal amount of time. Kusama uses the KSM native token, and those with Polkadot tokens can claim the equivalent amount of KSM.

The Kusama network is governed by a council of 13 people who are passively holding Kusama tokens. Voting occurs every twenty-four hours and a proposal is voted on by the council. The council determines which proposals are urgent and which ones can wait a little longer. In addition to voting, the council also allows participants to make proposals and apply their own logic to the network.

The Kusama blockchain is designed to support both private and public blockchains. Its consensus protocol grants elected validators equal voting power. In addition, Kusama’s council and treasury are controlled by the community. As a result, the Kusama council has three primary governance-related responsibilities:

Kusama uses two types of chain systems: a relay chain, which is the main network that supports permanent transactions, and a user-generated parachain. A parachain is a separate blockchain that can be connected or disconnected from the main chain.

It is important to note that parachains must connect and disconnect from the main network on a subscription basis. The use of the relay chain system helps Kusama achieve greater speed and security by separating the addition of new transactions from the validation process.

It uses a native cryptocurrency

Kusama was founded by Parity Technologies in 2016, and has since gone from a thriving community of developers to an IPO. The team behind the project includes renowned developers such as Gavin Wood, who is the creator of the successful Polkadot cryptocurrency. Other notable contributors to the Kusama community include Peter Czaban, a former tech director at the Web3 Foundation, and Robert Habermeier, a blockchain researcher.

Polkadot and Kusama have different governance structures. Kusama, for instance, has a shortened voting and enactment process than Polkadot, allowing it to evolve faster. As a parachain, a team has to bond its tokens to avoid losing them to hackers or competitors, but this requirement is much lower with Kusama. The teams also have to consider the potential risks and rewards of switching to Kusama.

Kusama has a network of oracles

Kusama aims to facilitate an audit system for Polkadot projects

There are several advantages of using a council proposal as opposed to a public one. For one, you will be able to name your own validators and vote on common matters. On the other hand, you will also be able to receive the same percentage of votes from all other DOT token holders. Moreover, this ecosystem is built on the Substrate framework, which provides a convenient and reliable environment for new startups.

Another important advantage of using a network with multiple chains is that you can exchange data and information with different chains, and you can build custom applications without worrying about the compatibility of various networks.

Moreover, the ability to build and use multiple chains at the same time is a huge plus. In addition to that, it is possible to customize the Polkadot system to meet the needs of different businesses and use cases. Furthermore, because the Polkadot network can be built as a sharded blockchain, it can be utilized as an enterprise solution. Kusama (KSM) has a price of $56.84 at the time of this article.

What is a Metaverse? Best Metaverses to Explore in 2022