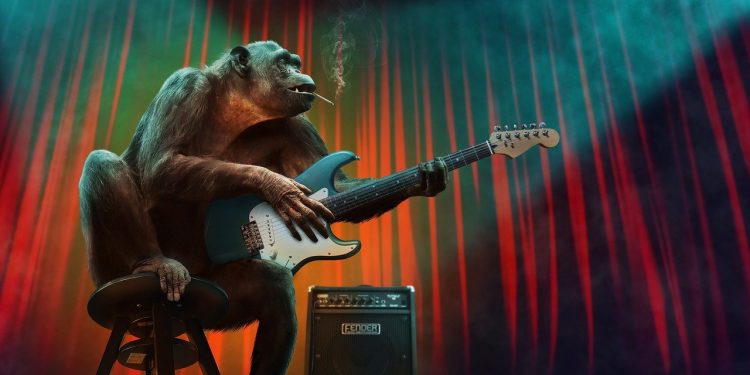 Justin Blau plans to launch the first crypto-powered NFT music platform, Royal. The platform will allow people to buy partial rights to a song as NFTs and receive royalties.

A DJ with an NFT investment plan

DJ Justin Blau, better known as 3LAU, remembers playing a set seven years ago that featured his friends as openers. He wished there was an easy way to invest in their band, The Chainsmokers, which has millions of fans worldwide.

It proved food for thought.

No stranger to finance, (Blau is a former economics student) but drawn more to music, he did his homework and concluded the music industry was ripe for a shakeup. He ended up spending less time in class and more time on his music and talking with fellow artists about common problems.

Blau believes new technology provides the investing tool he desired in 2011. With non-fungible tokens (NFTs), Blau announced on Thursday that he has raised $16 million to launch Royal, a new music platform where fans can buy NFTs to share in artist royalties.

If Royal succeeds, it could upend the music industry’s business model and expand the rapidly evolving world of NFTs.

Blau eventually dropped out of business school to pursue his DJ career, but he remained an economics student, particularly in the music industry. Historically, the music industry has underpaid artists by keeping most or all of their song royalties or paying them peanuts for streaming songs.

Delighted by the prospect of artists keeping their royalties while also connecting with their fans, Blau saw blockchain as a game-changer for the music industry.

Blau isn’t the first to see blockchain as a potential game-changer in music. To manage the complex chain of copyrights in music and gaming, Microsoft and others have promoted the technology for years.

But perhaps Blau and his team have a better shot than a corporate behemoth with no connection to music.

But Blau sees the potential of blockchain. Instead of trying to cram the music industry’s tortured legacy of contracts onto the blockchain, he thinks musicians should focus on using blockchain to distribute their new songs.

Blau’s ideas could be implemented thanks to NFTs, which are tamper-proof collectibles. In January, he became the first artist to tokenize an album, selling 33 NFTs worth $11.6 million.

Blau recognized that NFTs are a platform for new types of engagement and experience. Those who bought his album on NFT got a physical vinyl album, a chance to interact with Blau, and even a chance to collaborate on a song.

An NFT can be compared to a backstage pass or a season ticket in the worlds of sports and the arts. Blau was among the first to recognize this in music. Other artists, and music industry movers have realized the potential of blockchain technology.

OneOf, a platform recently launched on the Tezos blockchain, offers NFT collections from the late Whitney Houston and others.

All this talk of NFTs and royalties has sparked some commotion in the industry, but Blau sees it as just the start. “Royal will completely transform the music industry,” he tweeted.

Investing in music and each other

With Royal, Blau hopes to provide a platform for artists and fans to build long-term economic relationships. Rather than relying on record labels and other businesses to fund their careers, Royal intends to let musicians solicit fan investment.

While Royal is mum for now, an essay Blau wrote for The Defiant earlier this year hints at what he envisions:

In practice, this means anyone can buy NFTs on the Royal platform, giving them a stake in new songs that could result in future royalties or be sold to another fan or investor.

“Invest it artists. Share their success. We’re building a platform where you can buy ownership in songs directly from your favorite artists and earn royalties with them.”

This arrangement is similar to some traditional music arrangements where the copyright to a song can be divided among multiple people. By selling their rights as an NFT, musicians can reach a much larger audience of investors, including their own fans, and use blockchain to track ownership and royalties. (This last point is critical given the number of lost or disputed contracts in the legacy music industry.)

Whatever Royal’s grand plan, it is undoubtedly ambitious and may prove difficult to execute. Blau admits that scaling the project will be difficult, but says he will be happy with a few dozen songs from a few artists, including himself. He added that some of those artists will be big names, helping to raise awareness of what Royal is doing.

Royal is co-founded by Blau and Justin Ross, a successful tech entrepreneur. The pair raised $16 million in a seed round led by Coinbase co-founder Fred Ehrsam’s Paradigm crypto venture capital fund and Founders Fund. The music industry is one that is rife with problems and one that is also long overdue for an overhaul, or in the case of Blau, an NFT revolution.

If you liked this article you might also like: Zed Run: Who Else Wants To Race Thoroughbreds on the Ethereum Blockchain?

Cryptocurrency Prices Are Surging – should you invest in 2021?

Meta - the company that owns Facebook and Instagram - wants to enable its users to create and sell NFTs....

The rising popularity of non-fungible tokens (NFTs) is attracting thousands of new investors to hot projects and enriching NFT platforms...

Frequently, the next big thing in NFTs turns out to be a project that has been running for months, if...