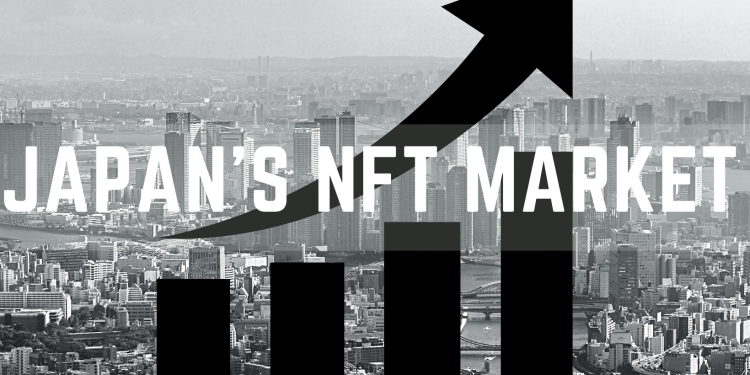 by Edmond Herrera
in Markets
Reading Time: 3 mins read
0
Share on FacebookShare on TwitterShare on LinkedinShare via WhatsappShare via Email

According to research, NFTs in Japan are on the rise. This explosion in growth has attracted businesses and organizations to partner with NFT and blockchain platforms to launch innovative products

The non-fungible token (NFT) industry in Japan is expected to grow by 53.0% annually to reach $1361.5 million in 2022, according to a new report. The report also predicts that the NFT industry will grow steadily over the forecast period, recording a compound annual growth rate of 38.7% from 2022 to 2028.

NFTs are a new type of crypto-asset that represent digital items, such as images and videos, or even clothing for avatars. These digital assets went into popularity over the last four to eight quarters globally.

NFTs allow investors to prove ownership of unique digital assets such as BAYC pictures and in-game items. While NFTs are not new, with the first ones being launched in the mid-2010s, the latest figures create a dilemma of whether the bubble will burst or not, as weekly NFT sales have plummeted around the globe.

With the hype increasing globally among businesses, companies, and prominent individuals, Japan has also entered the NFT trend to create its own version of a new digital economy.

Consultation providers on crypto assets and blockchains in Japan have experienced increasing demand from artists, publishers, and businesses. This trend highlights the growing interest in and adoption of NFTs and blockchain technology in the country. For instance, Tokyo-based startup Gracone has earned significant revenue through its consulting service in the country.

Despite being in the early stages of development, the non-fungible token (NFT) industry in Japan has attracted businesses and organizations to partner with NFT and blockchain platforms to launch new products.

This growth has caught the attention of Coincheck Inc., a major Japanese cryptocurrency exchange operator, which introduced its own NFT marketplace in March 2021. However, many people in Japan are suspicious of cryptocurrencies and NFTs, and are unsure of how to use them.

In conclusion, the non-fungible token (NFT) industry in Japan is expected to grow significantly in the coming years, according to a recent report. The market is still in its early stages, but businesses and organizations in Japan have begun partnering with NFT and blockchain platforms to launch innovative products.

Despite some skepticism among the general public, the market is expected to continue growing and will likely play a significant role in the future of the digital economy in Japan.

Market Wrap: Bitcoin Price Surges Amid CPI and FOMC News but Can We Trust this Pump?