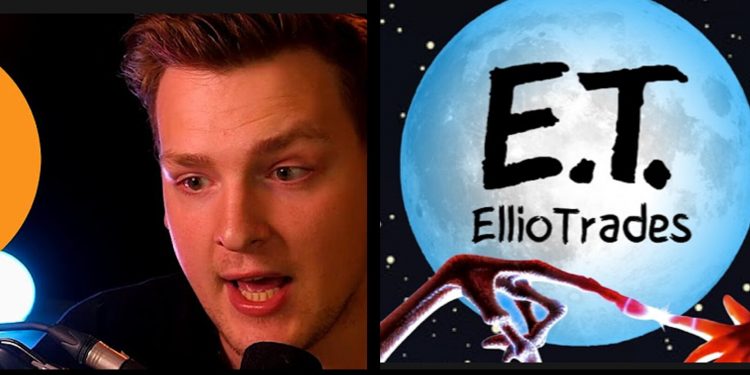 Ivan on Tech and Elliotrades

by Aaron Moses
in Markets
Reading Time: 3 mins read
0
Share on FacebookShare on TwitterShare on LinkedinShare via WhatsappShare via Email

YouTuber Ivan on Tech recently joined the EllioTrades YouTube show. There he shared his thoughts on the current crypto market and if he is still bullish about the space in general.

Ivan became well known for his crypto morning show which became a sensational hype in the crypto community. But as a matter of fact, his channel didn’t begin about crypto. In 2017, when Ivan launched his show, Ivan on Tech, it was only about teaching people how to develop and code online. Not long into his YouTube journey though, he made a video about the Ethereum which exploded in popularity. That’s when he knew crypto would be his niche and he would go full time crypto.

Recently, Ivan has put his morning show aside to focus solely on his new company. His company, Moralis, focuses on building web3 infrastructure.

Ivan from Ivan on Tech has been developing and coding since the young age of nine. As a child, he had a love for video games. And then one day he and his friends got the idea to build their own video games. At first Ivan thought he could build his own games with only knowing HTML. But then he soon found out it wasn’t enough so he learned Java script and PHP. But still, Ivan’s curiosity and desire to learn more wasn’t satisfied. So, after he graduated high school, Ivan attended KTH Royal Institute of Technology in Stockholm, as he calls – “the bet computer science university”.

But crypto has always been Ivan’s biggest passion since he joined the space several years ago. Although he hasn’t been full time crypto from the beginning, it was always his biggest interest. This has lead him to where he is now today.

Ivan says there is extraordinary opportunity still in crypto

Although Ivan expects the rest of the year to be bearish for crypto, he believes that the crypto market will no doubt be bullish again at some point in 2022. As he said with Elliot during the interview:

“Of course long-term I am bullish. If I wasn’t, I wouldn’t be here.”

Ivan encouraged all professionals to move to the crypto space for this reason as there is going to be a huge need for people to work in the industry as lawyers, designers, and so on. He said:

“And this industry needs exactly the same talent as all other industries – so you can really be useful. And you can be a top professional in the world because you’re not competing with a lot of people. It’s still very empty here. So, that’s the power of crypto. Everyone who is doing something and is dedicated is already a top world professional. Because compared to other industries, it’s not a lot of competition here I’m telling you.”

Elliot agreed with him that the need for skilled professionals in the crypto industry is unbelievable.

The thrust of crypto into the mainstream, the growth of Decentralized Finance (DeFi), and the surge of Non-fungible tokens (NFTs)...

The crypto sphere is changing fast. Don’t let FOMO (fear of missing out) confuse you with choosing worthless coins. Here...