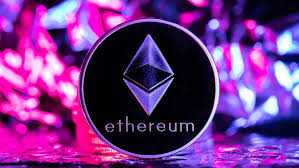 Could the latest runup in price before the Merge put Ethereum in a classic "buy the rumor, sell the news" situation? Image: iStock / Getty Images

Buy the rumor. Sell the news. It’s an axiom that many investors have used over the years to time the market. Are traders now preparing to “Sell the News” when Ethereum merges in September?

When is a surge in call option interest not a good omen for future prices? Currently, with Ether (ETH), according to Glassnode analysts in today’s “Week On Chain” newsletter.

Specifically, if the big Merge to proof-of-stake happens on time in September, ETH could be in for a significant “sell the news” moment.

When Glassnode created this chart on Saturday, open interest (OI) in ETH options had reached $6.6 billion. That represents a return to 2021 levels, as well as a close to the all-time high. Not to mention that the OI is significantly higher than Bitcoin (BTC-USD) options (for the first time ever)!

“If we look at the September contracts on Deribit, the directional bias of Ethereum traders is immediately clear,” says the author. “In terms of size, call options dwarf put options, with traders betting on ETH prices rising to $2.2k, with significant open interest reaching $5.0k,” Glassnode analysts write.

“It bodes well for an exciting month ahead.” That is an understatement, because it implies that traders expect ETH to rise by 24 percent to 181 percent in September!

However, October is not looking nearly as promising. Glassnode plots the “implied volatility smile” for each monthly set of options contracts. This is where we can see if traders are betting aggressively on higher prices — or if they are playing it safe and betting on prices closer to current levels.

In October, “we can see a dramatic decline on the right tail, with a relatively flat shape” for ETH options, according to Glassnode. Furthermore, we see “significantly higher implied volatility on the left tail, indicating traders are paying a premium for sell-the-news’ put option protection post-Merge.”

That’s what we’re seeing in the options market… What about Ethereum? After all, if people are flocking to crypto the way they are to calls, it’s difficult not to be optimistic! Glassnode is currently picking up “relatively light spot demand” for ETH.

The chart below shows the ETH trading activity since 2021. We can see the bigger picture this way:

The blue line represents ETH prices, which increased by more than 500 percent before the “crypto winter” hit in November — far more than BTC prices (orange line). Since January 2021, we’ve been at +144 percent.

The green and red bars along the bottom show that 500,000 ETH was frequently traded per day during the 2021 bull market (or more). However, we’ve only seen that level of trading volume twice in 2022:

On June 13, when Terra’s collapse brought down Celsius Network (CEL-USD), for example, 840,000 ETH traded down.

The other time was on June 15, when 564,000 ETH traded higher as the crash came to a halt. ETH prices then consolidated for a month before finally breaking out after July 14… When developers set a target date of September 19 for the Merge.

Since then, ETH trading volumes have averaged around 150,000 per day. Wouldn’t you expect much more volume on the upside now if people were excited to buy/own ETH rather than simply speculate on a single event?

It may take investors longer to determine how significant the Merge will be after September. One only need to look back at Cardano’s meteoric (somewhat) rise to $3.10 on the rumors of their smart contracts release in September of 2021. Shortly after Cardano released their much anticipated smart contract capability the price of Cardano’s ADA tanked. It hasn’t gotten above 60 cents since then.

What are Self-Sovereign Identities (SSIs)?

Bitcoin sentiment is slowly turning bullish on both fundamental and technical fronts. September, a historically bearish month for bitcoin and...

Ethereum 2.0 Staking: A Beginner’s Guide on How to Stake ETH

What is the Best Bitcoin Trading Bot on the Cryptorobotics platform?

The main feature of the cryptocurrency market is its high volatility. The cost of digital coins changes very fast and...