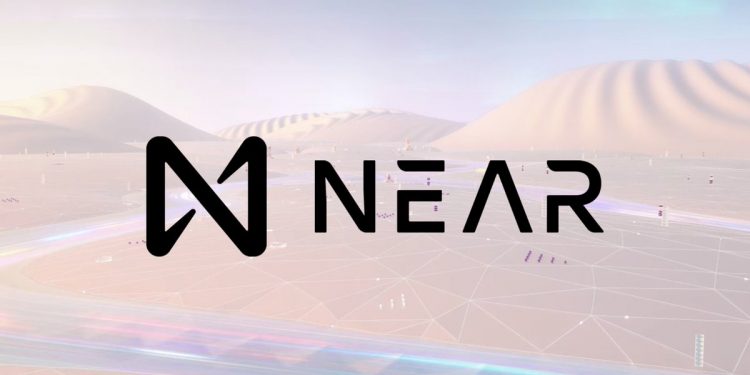 Is NEAR Protocol Worth the Hype? Let’s Find Out

by Jay Speakman
in Business
Reading Time: 10 mins read
0
Share on FacebookShare on TwitterShare on LinkedinShare via WhatsappShare via Email

NEAR Protocol is what Ethereum wants to be because they have sharding live, right now. Whereas Ethereum won’t have that for a couple more years, but even though their tech is strong, NEAR Protocol has been flying under the radar for most of its existence.

That is until recently when we’ve been noticing more and more buzz about them on Crypto Twitter. That’s why we chose NEAR to cover in this post.

As always we’ll ask our million dollar question. Is NEAR protocol worth the hype? To answer that question, let’s look at some pros and cons before getting to our final verdict.

NEAR Protocol is a decentralized application smart contrat platform and Ethereum competitor that keys on developer and user-friendliness. NEAR tokens are used to pay for transaction fees and storage on the NEAR network.

What does NEAR Protocol do?

NEAR is a Layer 1 blockchain just like Ethereum or Solana, and they use proof of stake, like a lot of other blockchains do, but what makes them special is their sharding implementation, which few other blockchains can boast. In fact, even with the much ballyhooed Ethereum merge (September 22nd) the Ethereum blockchain will still be years away from sharding.

You can read more about the Ethereum merge in our recent post.

Their mainnet went live in mid 2020, and their sharding implementation went live in November, 2021. Their team consists of some of the best developers and researchers in the world, hailing from the likes of Google, Meta and Amazon. The token, also called NEAR, is used for paying transaction fees, storing data on chain, voting on governance proposals and rewarding validators.

NEAR launched with the total supply of 1 billion tokens, but that amount increases every year because their fixed 5% inflation of that 5% amount, 90% goes to the validators while 10% goes to the protocol treasury. And in terms of transaction fees, 70% is burned. Well, 30% goes to DAPs that generated those fees.

Okay, that’s it for our quick overview now for the fun stuff.

The Pros and Cons of NEAR Protocol

Those are stellar numbers, of course, but the interesting part is how they accomplish that. And one way they accomplish that is through their sharding implementation called NightShade. NightShade lets them scale NEAR with a number of shards, so they will always be able to satisfy demand as adoption grows.

Other blockchains without sharding may seem scalable now, but they will eventually hit an upper limit on what they can handle. NEAR protocol also has some exciting stuff on their roadmap like chunk sharding, which will lower hardware requirements for validators and dynamic re restarting, which allows a network to adjust the number of charts based on utilization.

So they can handle usage spikes better. Besides sharding another piece of their architecture we like their staking design.

For example, many blockchains make you wait a long time after staking, before you can move your coins around again, but for NEAR their UN bonding period is only one to two days while Cosmos and Polkadot make stakers wait three to four weeks.

The NEAR staking process is also designed to disincentivize big pools. They do this with something called Threshold Proof of Stake, which guarantees that you get your fair share. Even if you’re staking with a smaller amount. The benefit here is that the network can become more decentralized if there aren’t a bunch of super pools dominating the show.

NEAR excels at interoperability and there are three pieces of the puzzle here.  First is Aurora, which is an Ethereum virtual machine built directly on the NEAR protocol.

Aurora lets developers bring over their existing dapps and run them with fast speeds and low fees. Something super interesting here is that fees on Aurora are actually paid in ETH instead of their NEAR token.

For example, any app chain that launches on Octopus will have out of the box interoperability with any IBC enabled blockchain. Octopus also utilizes a least security model, which is pretty similar to the Polkadot shared security model.

The key takeaway here is that NEAR has so many options and features for interoperability and that can only help them grow because it enables more users and assets to flow through their ecosystem.

Now interoperability is great, but at the end of the day, you need builders that are dedicated to your ecosystem and NEAR gets this, which is why our  pro number three is that they’re super developer-friendly because developers can choose from several popular languages to write their smart contracts. But there’s more.

But if that’s not enough, that’s also the massive $800 million fund that will be spread out across teams in their ecosystem. That’s one of the largest ecosystem funds in the entire crypto space and it really speaks to their dedication to help builders succeed.

That’s why we’re not surprised at all to see NEAR coming in at number three overall, in terms of ecosystems with the fastest growing full-time developers.

Yet, in terms of long term success, builders are only half of the story. There’s also the end users that need to be taken care of and NEAR understands this, which is why our pro number four is that they’re designed to be as user friendly as possible.

They have human readable addresses like Keith.NEAR and that’s built in directly on the protocol layer rather than having some separate DAP implemented. They also let developers prepay gas for their application, which means  end users can enjoy a gas free experience.

There’s also something called NEAR drops, which allows you to send someone NEAR tokens through a link, even if they don’t have a wallet or account. And speaking of their wallet, you could stake directly from it. And it even has a defined token list, so you don’t have to add all those random tokens yourself.

By now you’re probably ultra bullish and eager to buy some NEAR. First let’s pump the brakes a little because we have three concerns that need to be addressed.

Well, one theory is that their metrics suffer because they don’t have a lot of retail interest. And we think there’s two main reasons for this. First is their lackluster marketing. Even big supporters of NEAR protocol believe NEAR’s biggest weakness is its marketing, or rather, lack thereof.

One reason why they’re marketing may be lacking is actually their strong community guilds. NEAR is actually super community driven and apparently leaves it to guild members to rep the protocol.

For example, they have guilds that are in charge of different functions, like legal, marketing, etc, which sounds great in theory but with no overarching strategy the results seem muddled at best.

So, when it comes to marketing and branding, many believe that a centralized top down approach would be more effective.

The NEAR listing on Coinbase

Some believe that listing on US exchanges (like Coinbase, Kraken, Gemini) will speed adoption from both retail investors and developers.

Which brings us to another concern: That NEAR is pretty centralized (except for their marketing) right now. They currently have 100 validators, which is an improvement from the 60 they had last year, but the stake distribution is really top heavy.

In fact the top six validators collectively hold over 36% of the stake. That amount is enough to collude and attack the network if they wanted to.

So NEAR could use more validators and a wider stake distribution in order to improve their security.

Which brings us to another issue. There’s a lot of hurdles you need to get past in order to become a validator.

With all of those requirements, it’s no surprise that the validator set is centralized. And that’s a huge problem because currently only validators can participate in governance.

In effect, NEAR has a centralized group of insiders making all the decisions.

Their token sale and early backer buckets grew super fast over the first two years. And these early investors are still up NEARly 30 X right now. So it makes sense for them to consistently take profits as their tokens unlock. And that’s a steady stream of selling pressure that the market has to soak up, which keeps the token price down.

And on top of that, there’s a constant 5% inflation per year, which is quite a lot. Sure, staking plus the fee burden should help counteract some of that inflation, but either way there’s significant inflationary and selling pressure that we should expect for a few years.

And investors may have to wait for these to subside before NEAR can really rocket.

Now it’s time for our final verdict as for whether or not NEAR is worth the hype.

We are giving a green light to NEAR as we specifically love their world class team, their sharding implementation and how they kept builders and end users in mind when designing the network. We do like NEAR for the reasons listed above.

In terms of our concerns, we think those can be fixed over time and some of them are also just temporary in nature. NEAR is currently trading at USD $5.00 with a market cap of nearly $5B.

Ethereum provided a glimpse of what’s possible with blockchain, but with NEAR, developers can start building Web3 apps that can scale for mass-adoption today, not years from now. This is just one reason we’re hyped on NEAR.

This article was provided for educational purposes only and does not constitute investment advice. As with any investment, do your own research and never invest more than you can afford to lose.

APENFT’s “Fall of the Core” Lands on Sandbox, Opening the Gate of the City of Origin

Bitvavo Review: Is it the Right Exchange for You?