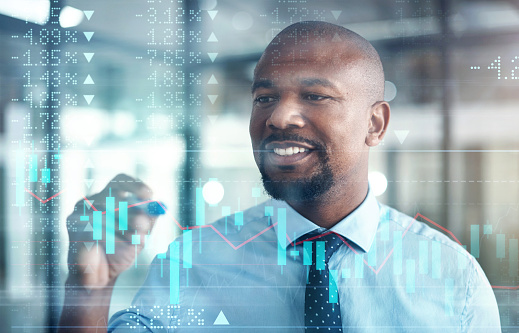 Cardano is one of the most well-established cryptos and could be a good long-term investment. Image: iStock / Getty

Is Cardano Now a Bargain?

by Jay Speakman
in Investing
Reading Time: 7 mins read
0
Share on FacebookShare on TwitterShare on LinkedinShare via WhatsappShare via Email

In the midst of the current bear market, one cryptocurrency that investors are anticipating a bullish run is Cardano native token ADA. Due to a 178 percent increase in the global crypto population in 2021, Cardano has positioned itself for adoption by allowing users to create other native assets on the blockchain and complete transactions without the use of a smart contract. As a result, there are now over 2.5 million native tokens. This has enabled ADA investors to receive a return on investment (ROI) of more than 200 percent in 2021.

Despite the recent market downturn there are many reasons to invest in cryptocurrency, but one of the most compelling is the growth potential. Even though the development of Cardano is slower than that of other cryptocurrencies, the potential is tremendous.

Cardano’s development process is slower than other cryptocurrencies

One reason for this is that the Cardano development team has chosen to focus on research rather than rolling out new features as quickly as possible. During its development process, it will also consider the safety of the network, which can delay the deployment of new features.

Nevertheless, its efforts have been rewarded with several innovations that have made the cryptocurrency more appealing than its rivals. While this can slow down the development process, the emergence of new features will be beneficial for many businesses.

As the largest Proof-of-Stake (PoS) blockchain in the world, Cardano has been adding smart contracts over the last several months. The total number of smart contracts in the network has reached 2,756. According to the Cardano network, the focus of this project is on developing a regulated business model. Moreover, it will engage with other organizations to identify opportunities for collaboration.

POS: What Ethereum aspires to be

Unlike Ethereum, Cardano is a proof-of-stake blockchain project. It uses the proof-of-stake consensus protocol to maintain a distributed, decentralized ecosystem. It also aims to make smart contracts and decentralized finance applications easier to use and develop. Cardano’s development is slower than other cryptocurrencies, but its potential is vast. If you are looking for an investment opportunity, Cardano could be the perfect fit.

The slow pace of Cardano’s development is the result of internal issues and red tape and their desire to have everything they do peer reviewed.

It has taken years for the Cardano team to admit that internal issues have hindered development. However, once they acknowledge these problems, they must get back to work and move on with the project. Interpersonal conflicts, slow rollouts for smart contracts and NFTS and questionable partnerships (DishNetwork)  are also major reasons for Cardano’s slow development.

Find out more about the differences between these two blockchains in our article: Cardano vs. Ethereum

How can this potentially affect Cardano’s growth?

Unlike other cryptocurrencies, Cardano is open source and patent-free, allowing it to be used by developers. This makes it easier for them to share the code with others and improve it. Since the Cardano source code is open to the public, it’s unlikely that anyone can claim its creation. Many dApps and DeFi services are currently available, but its development is a little slower than that of other cryptocurrencies.

The developers of Cardano say that they are building the cryptocurrency that the world needs. However, this is not a given, as there are a number of other blockchains on the market. And the development of Cardano has been lagging behind the rest of the industry. Many new blockchains have launched in the past few years. While Cardano is a great start, the development process has been slow in comparison.

The slow development process is a problem for the coin’s future. In its early stages, Cardano did not meet the speed requirements set by ethereum, and there are still several bugs to work out. Moreover, the coin is not yet stable and may be overtaken by another cryptocurrency. A recent test net implementation had a concurrency problem, where only one smart contract could be executed at the same time. If it continues to have a slow development process, it could be surpassed by a rival cryptocurrency such as NEAR or Solana.

The UTXO model is the standard for cryptocurrency accounting, but the Cardano network uses an extended version that allows validity checks and transaction execution costs to be determined off-chain. The extended model has a number of advantages over other accounting models. For example, it allows users to create custom coins with low fees. Cardano is expected to be widely adopted in the coming months. However, it will continue to face criticism for its slow adoption, especially among newcomers.

The use of the UTXO model is crucial to Cardano DApps. While the UTXO model allows a transaction to be executed only once, it can create problems when multiple users use the same block. Therefore, it is important to use several UTXOs and implement semaphores. By doing so, different users can interact with a smart contract without incurring the costs of concurrency failure.

One of the most notable uses for smart contracts is in government. Using Cardano smart contracts, for example, the blockchain can be used to store car titles and land deeds. With this technology, voting can be easily verified and recorded in an immutable blockchain ledger. The blockchain is decentralized and can’t be hacked, so it is impossible for corrupt politicians to manipulate voter data.

Unlike Ethereum, Cardano’s DApps model is different from that of Bitcoin. For instance, while Ethereum’s UTxO model is based on peer-reviewed research, Cardano uses a Proof of Stake consensus mechanism to secure the blockchain. This model has many advantages over Bitcoin and allows it to achieve full DApp platform status. So, it is worth looking into Cardano.

While smart contracts can be used for a variety of transactions, they are most useful in situations where complex rules are needed. They can handle a variety of UTXOs and off-chain metadata. As a result, they’re a good choice for high-volume businesses. The advantages of using smart contracts over traditional blockchain are many. Smart contracts have the potential to streamline the process of executing transactions in a highly secure manner.

The price of Cardano is on the rise and has a very high probability of surpassing $2.35 by the end of 2022. However, this will only be possible if it can break through psychological resistances from previous years. It is projected to reach $12 by the end of 2023. In the first half of the year, the price may go up to $8 and then slow down to $7. In the second half, it will be stable and do not dip below $8. This is a realistic expectation in the near future.

There are many factors to consider when investing in Cardano, but it is important to remember that it, like all cryptocurrencies, is highly volatile. You will need to consider all the factors involved before investing. Also, it is vital to research the cryptocurrency you are considering.

Cardano’s ADA  is a highly innovative cryptocurrency and is built to foster the development of decentralized applications, DeFi tools, and tokens. It allows users to create native tokens and send them, receive them, and manage their own staking pool. It can also be used to integrate into existing websites and platforms. Users can even vote on governance proposals for the system.

There are several potential benefits to investing in Cardano

In the near term, the price of Cardano is expected to grow at a compounded annual rate of 18%. The coin has incredible potential as an investment. Whether it will rise that high or drop significantly will depend on what the market conditions are. With its growing popularity, it has the potential to become a significant player in the cryptosphere.

The future Cardano and the ADA token looks bright, if one can weather the market volatility. The technology behind the project is powerful and various analysts have predicted that ADA could reach $20 before 2025. Yet, based on the current price of $0.46 a $20 ADA seems very optimistic.

Cardano appears to be poised for a breakout after a sharp drop in 2022. According to experts, purchasing the coin while it is under $1 could provide tremendous value and a high return-on-investment in the future. The current price of Cardano’s ADA token is $0.46 and has been down nearly 90% since an all-time high of $3.10 achieved on September 2, 2021.

However, cryptocurrency is a volatile market in which anything can happen. Never put more money into a project than you can afford to lose.

The author holds ADA as part of a cryptocurrency portfolio.