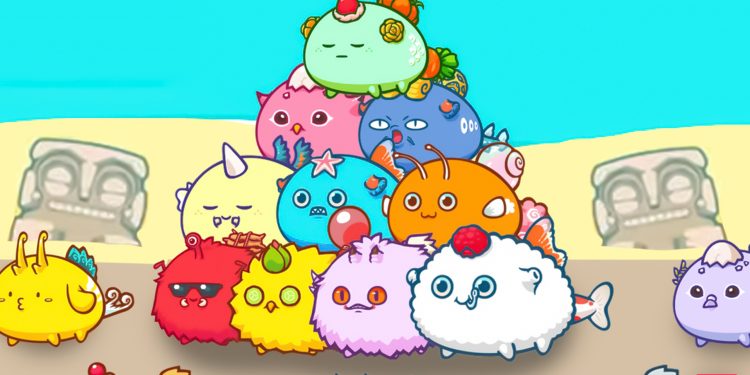 Is Axie Infinity Too Expensive?

by Jay Speakman
in Metaverse, NFTs
Reading Time: 6 mins read
0
Share on FacebookShare on TwitterShare on LinkedinShare via WhatsappShare via Email

Axie Infinity, the Ethereum-based blockchain game that kicked off the play to earn revolution has been a rocket shot hit, popularizing the P2E gaming model and racking up nearly $4 billion in NFT trading volume. Lately though, the shine has gone from Axie.

Why? Because for many, the game is just too expensive.

Axie Infinity is a monster-fighting game that uses NFT assets. NFTs are blockchain-based receipts that prove ownership of a digital item, which in Axie primarily takes the form of colorful beasts that can be bred, trained and battled.

You Need Three Monsters to Get Started

And the monsters aren’t cheap. Each Axie NFT is expensive, and you must purchase three of them in order to play the game, but you will earn token rewards for doing so. Axies can range in price from from about $130 to over $1.1 million, with the most expensive Axie ever sold back in late 2020.

Axie Infinity’s unique P2E model was established when the game launched in 2018, but the Ethereum-based game skyrocketed in popularity last summer after the launch of its Ronin sidechain, which made transactions faster and cheaper.

The P2E model spawned community-led “scholarship” programs in which NFT holders rent Axies to players (particularly those in developing countries) in exchange for a portion of the reward token profits. This increased interest in and demand for the game, resulting in an explosion of hype surrounding Axie Infinity last summer.

Axie Infinity quickly blew past $500 million in monthly NFT trading volume, with the SLP reward token reaching a high of nearly $0.40 in August and the AXS governance token reaching an all-time high of about $165 in November.

Did you know? Axie Infinity is the most successful NFT project of all time, with nearly $4 billion in total NFT trading volume to date.

SLP fell below $0.10 in September and has since dropped to around a penny or less. This put a significant strain on the various community-driven scholarship programs, as well as the guilds that run them. AXS is also down nearly 70% from its high, with a current price of around $50.

And NFT trading volume has plummeted in recent months, falling from nearly $754 million in November to $301 million in December and $126 million in January. This is despite the fact that the overall NFT market is on the rise. Meanwhile, according to Axie Infinity’s marketplace, entry-level Axie NFTs are selling for around $30, down from $200 or more last summer.

Sky Mavis’ data shows a drop in daily players in recent weeks, but it isn’t as dramatic as the other numbers suggest.

According to Sky Mavis, Axie Infinity had just under 2.2 million daily active users as of January 31, down from a peak of over 2.7 million in November.

Sky Mavis believes it’s primarily due to SLP token inflation, with four times as many SLP created each day as opposed to burned during the Axie breeding process. To address this, Axie Infinity will distribute far less SLP, removing it entirely from the single-player adventure mode and eliminating daily quest rewards.

“We believe that these economic changes will enable us to begin righting the ship and moving the economy in the right direction,” Sky Mavis wrote on Thursday.

Axie Infinity is a game that engenders strong emotions, and while this is often true in gaming communities, the monetary investment only appears to amplify things with crypto games. Players have put money into NFT assets that have quickly lost value, while others may have relied on the play-to-earn model to make a living.

Brycent believes that the changes will help to reverse Axie’s economic decline, but that it is critical to think about the game and its expanding ecosystem in the long term.

“Axie revolutionized the play-to-earn movement, and I am confident that the team will do what is best for the long-term sustainability of the economy, the players, and the overall community,” he said.

Axie Infinity has a substantial roadmap ahead of it, which includes the release of a more robust “Origin” battle system, the addition of gameplay centered on NFT land plots, and the release of free “starter Axies” to get people into the game without an initial investment. Sky Mavis also has billions of dollars in AXS tokens, which could be used to reward players for years to come.

Rich Cabrera, the founder of the Axie scholarship guild Ready Player DAO, said recently that the newly announced changes are the first steps needed to address the game’s economic woes. “I don’t believe the changes will solve the problems as they are, but the first step is to reduce issuance—so I agree with that,” he said.

He emphasizes the need for SLP tokens to have additional utility beyond breeding, so that more tokens are burned and removed from circulation.

Axie Infinity is experiencing growing pains as is the entire NFT space, but based on long-term thinking within the community, Axie Infinity has grown to where it is today, and that mindset will continue to drive Axie towards becoming a true digital nation.

Axie Infinity now has over 300,000 DAUs, a more than 30x increase since the beginning of the year. Furthermore, their Discord has grown exponentially, making them one of the largest Discord servers in the world.

After all, If you could make money while playing a game and having fun, why wouldn’t you? Well, cost for one, but Axie seems to have plans on solving this and further growing the game.