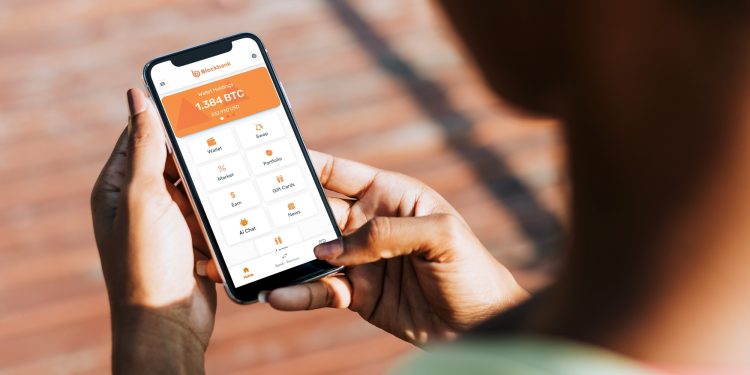 This week, BlockBank has won the Blockzeit Weekly Award for blockchain project of the week. BlockBank focuses on combining AI, DeFi and CeFi and making it more accessible to the everyday user.

BlockBank is designed to take the world of finance to the next level by introducing artificial intelligence to both DeFi and CeFi (centralized finance). BlockBank is a blockchain application which is a part of a movement called NeoBanking, the new world of banking which is “transforming global finance” as they say.

The BlockBank team believes that we are facing a revolutionary time in technology where things like blockchain and artificial intelligence are “transforming the global and financial landscape.” And BlockBank recognizes that the development of these technologies is transforming rapidly. The problem with this, however, is that now many of these applications for technologies like blockchain and AI are not useable to the everyday consumer because of tedious learning curves.

While BlockBank believes that the world of DeFi is highly innovative, they also need to address some major pain points within the industry. This includes poor user interfaces, lack of customer support. They say:

“A lack of easy-to-use and easy-to-understand DeFi applications is producing a lack of trust and lowering the adoption rate of retail market participants.”

So, we’re going to talk about specifically the core issues that cause these problems and what BlockBank is working on to solve them.

The core issues of DeFi identified by BlockBank

They conclude that retail users do not have the time to spend learning how to navigate the world of DeFi and understanding all of it’s complexities such as risk management.

How BlockBank Will Make DeFi more accessible to everyday users

So, BlockBank will see automation and AI to make the world of DeFi adoptable and easier to use for newcomers. They say:

And this is precisely what BlockBank is all about. They will enlist an array of tools which they call “building blocks” in their application to help bring DeFi to the masses.

BlockBank has a fascinating team and mission behind it. If their mission succeeds to bring widespread adoption to the DeFi space, one can expect BlockBank to be a big player in the coming years.

Oraichain: Bringing AI Into The Blockchain