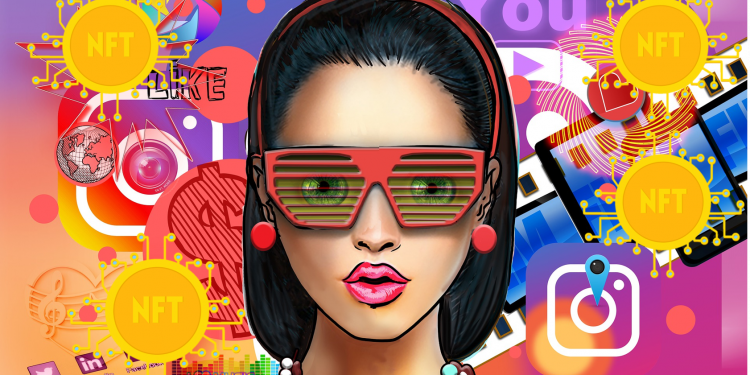 The platform’s move to expand its portfolios by integrating NFTs comes after the parent company Facebook rebranded as “Meta” as it dived into the metaverse. The addition could enable users to bid for NFTs directly on Instagram.

Instagram has announced plans to bring NFTs to its over two billion users. The social networking platform’s CEO, Adam Mosseri, said the firm was building features that incorporate non-fungible tokens. The popular one-of-a-kind digital assets are also a digital key to unlocking since they are proof of ownership within the virtual world. Mosseri stated:

“Nothing to announce yet, but we are definitely actively exploring NFTs, and how we can make them more accessible to a wider audience […] I think it’s an interesting place where we can play, and also a way to hopefully help creators.”

Increase their following and monetize their media

This isn’t going to be the first time Instagram is foraying into the world of NFTs. The firm hosted a panel for NFT creators earlier this year to attract talent to its social networking platform. The platform designed the event to help artists increase their following and monetize their media. Charles Porch, Instagram’s VP of global partnerships, said about the invite-only event at the time:

“They have told us they need more information on how to do that, not just from us, but from other creators.”

The past few months have seen numerous large companies enter the NFT space. Last week, Microsoft and Warner Bros became the latest companies to invest in the NFT space after backing Palm NFT Studio. Other companies that have made their intentions to enter the NFT space include Adidas, Nike, Marvel, DC Comics, and several others who joined the NFT sector area this year. The sector has also attracted numerous celebrities since the start of the year.

The Instagram CEO didn’t divulge too many details. Still, his comments suggest that the photo- and video-sharing social network might provide users with tools to showcase the NFTs they create or let people follow their favorite creators. App developer Alessandro Paluzzi first shared details of Instagram’s NFT-related plans in July, sharing screenshots on Twitter.

The non-fungible token scene is still a hotbed of activity as this year comes to a close. According to Nonfungible, a website that tracks the industry, there have been $335 million in sales over the past week. NFT weekly sales figures had surged 12,780% since the beginning of the year when just $2.6 million worth were shifted every seven days.

9 Cryptocurrency Terms Every Beginner should have at Their Fingertips