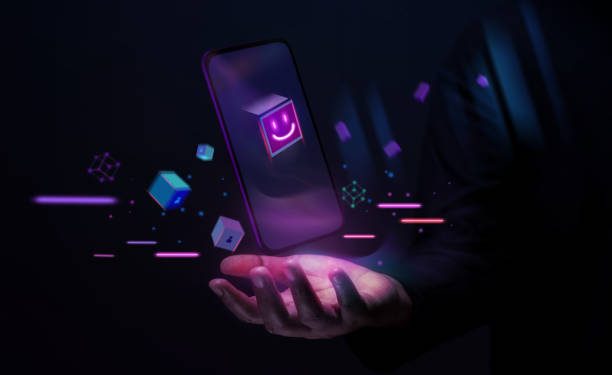 by Jay Speakman
in Trends
Reading Time: 5 mins read
0
Share on FacebookShare on TwitterShare on LinkedinShare via WhatsappShare via Email

Crypto enthusiasts dream of more than just revolutionizing money. They also want to reinvent the World Wide Web. Their vision, dubbed Web3, is of a decentralized internet based on crypto technology in which swarms of independent collaborators reclaim control of the web from large tech corporations. It’s a threat that those tech companies are taking seriously, including Meta, Google, Amazon and Netflix.

The concept is as follows: The early web enabled remote access to static pages of text and images. Users began to interact with one another in what became known as Web 2.0, chatting, sharing videos, and purchasing items online. However, they needed to unite around large platforms, which eventually led to today’s landscape of massive corporations tracking people’s activities and monetizing the data through advertising. Web3 supporters, many of whom are anti-establishment libertarians, argue that it is time to reclaim control from gatekeepers and allow users to choose who can see and use their personal data.

What makes it work?

Instead of congregating on Amazon, WhatsApp, or TikTok, you would shop, chat, and share clips peer-to-peer using apps built on blockchains — systems that record and duplicate information using dispersed networks of computers in a way that is extremely difficult to alter. Blockchains were originally designed to order cryptocurrency transactions, but they can now be used for a wide range of interactions.

Decentralized apps, or “dapps,” are now available for gaming, social networking, banking, and supply chain management. Their creators and users can earn or purchase tokens that give them a stake in how they evolve and distribute funds, ensuring that no single entity has control over them. Users can choose whether or not to share sensitive personal information with third parties such as advertisers.

Is Web3 already a thing?

The Web3 model is already in use, for example, in Helium’s decentralized communication network, which pays people in tokens to run wireless hotspots for others to use in over 65,000 towns and cities.

Some dapps have fared worse. Peepeth, a Web3 Twitter clone, launched in 2018 and had approximately 54,000 users as of June, compared to Twitter’s more than 300 million.

Blockchain-based apps can be slower and more difficult to navigate than regular apps, and there is usually no customer support number to call if something goes wrong. According to developers, dapps can be difficult to program and vulnerable to bugs and security breaches.

A sharp drop in cryptocurrency prices that began in late 2021 threatened to deflate Web3 startup valuations and make it more difficult for them to raise capital to grow. Some have also had technical issues, such as Solana, a blockchain platform used for a variety of dapps that experienced 12 major outages in the first half of 2022.

Venture capitalists were interested in Web3’s potential as a massive marketplace for all kinds of digital and physical assets. Video game developers were early adopters of open technologies because they make it simple for players and developers to earn tokens and in-game items that can be traded on cryptocurrency exchanges.

According to dapp tracker DappRadar, more than half of all active cryptocurrency wallets will be connected to gaming dapps in the first quarter of 2022. Many blockchain games allow players to buy and sell nonfungible tokens (NFTs), which are one-of-a-kind pieces of digital art such as memes or images of monsters and dragons that can be traded or exchanged for cryptocurrency.

How are major technology companies responding?

Current legacy FAANG companies want to add Web3-like services to their platforms while also preventing users from migrating to blockchain-based competitors. Twitter is looking into ways for users to tweet from cryptocurrency accounts, and the company’s suitor, Bitcoin enthusiast Elon Musk, frequently extols the virtues of digital tokens.

Meta, the parent company of Instagram and Facebook, was testing a feature that would allow users to post and share their NFTs. In January, Norwegian web developer Opera released a Web3 browser with improved built-in crypto wallet and support for dapps that will make them easier to use. Ease of use and a clean customer interface will be key to speeding Web3 adoption.

Will Web3 make the internet safer?

It will, according to supporters, because its community-based decision-making forces developers and users to act responsibly. Critics argue that expecting scattered online communities with their own rules to act in everyone’s best interests is unrealistic.

Governments are already struggling to combat online hate speech and disinformation, as well as to apprehend cybercriminals. They may have a more difficult time doing so in Web3’s decentralized environment. Web3 users would be able to keep their personal information.

However, those creating dapps must earn a living in some way, which is frequently done by encouraging speculation in NFTs and tokens. Because of the growing involvement of venture capital, former Twitter CEO Jack Dorsey dismissed the concept of Web3 as a democratic online utopia controlled by its users. In December, he tweeted, “You don’t own ‘Web3,'” claiming that venture capitalists and their investors did. “It will never get away from their incentives.”

2021 will be remembered as a defining moment for Web3. A growing number of policymakers recognized web3’s potential to democratize access to opportunity, give individuals more control over their data, and build a better internet. Many of these leaders will work in the coming year to develop legal and regulatory architecture to support the widespread adoption of Web3 platforms.

These developments are encouraging, but it remains anyone’s guess as to which countries and regions will emerge as winners in the global race to use Web3 to power more dynamic institutions and economies. We’ve heard from officials on every inhabited continent who want to create responsible Web3 policy frameworks for the communities they serve.

They must deliver on the extraordinary promise of Web3 while offsetting the real risks associated with the use of a new technology. You can be sure that tech giants such as Amazon, Google and Meta know that they are ripe for disruption and are watching developments carefully.

Tips And Tricks To Safeguard Your Bitcoin Wallet